Eijaz Khan and Pavitra Punia are very much in love 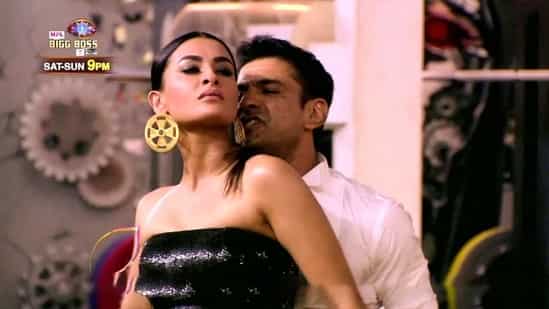 India — Actors Eijaz Khan and Pavitra Punia, who found love during their stint in Bigg Boss 14, did not miss the opportunity to flaunt their love when the paparazzi spotted them on an outing in Mumbai. In pictures shared online, the two were seen engaging in public display of affection, including holding hands and gazing lovingly into each other’s eyes.

While Eijaz wore a black T-shirt and shorts, Pavitra was dressed in a black hoodie and distressed jeans. Both of them wore face masks to keep Covid-19 at bay.

On Bigg Boss 14, Pavitra was vocal about her affection for Eijaz, who told her that he cannot be in a relationship with her. However, he realised his feelings for her after her eviction for the show. They had an emotional reunion when she briefly re-entered and he confessed his love for her.

Eijaz reunited with Pavitra after he walked out of Bigg Boss 14 last month due to prior professional commitments. Devoleena Bhattacharjee entered as his proxy. He has dropped hints about returning as soon as he wraps up his shoot.

In a recent interview with Hindustan Times, Pavitra maintained that her relationship with Eijaz is not a publicity gimmick. “Our feelings are real. What we have is real. It takes courage to say something like that on national TV. When we were in the reality show, it was never fake. Even my friends have asked how real it is but let me tell you, no one will do it for footage. No one will ruin personal image for publicity. We are sure right now. We will take it forward slowly,” she said.

“When we were apart for over a month, it was the moment of truth for us. Our feelings didn’t change. We used to care for each other but staying apart made it clear to us that it is love. Future toh unpredictable hai! We can only decide and live in the present. It is a blessed moment for us. Earlier, we felt attachment and care and now we are in love,” she added.Follow us on Social Media