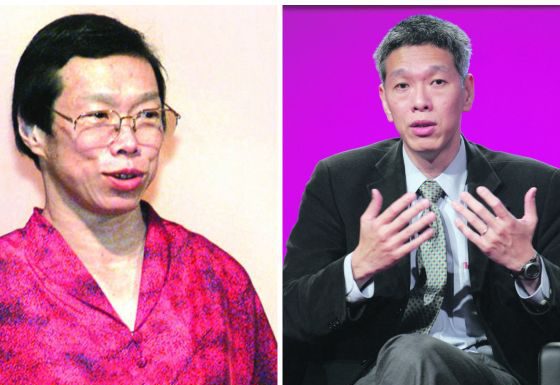 According to an article in the newspaper, TODAY, an application made by Dr Lee Wei Ling and Mr Lee Hsien Yang, who are executors in the estate of the late Mr Lee Kuan Yew, to gain control over certain transcripts of oral history made by the former Prime Minister over 30 years ago has been dismissed by the High Court.

While I understand the desire of his children to ensure that the memory of their father be properly protected, it is important to note that the late Mr Lee was also a public figure, which muddies the water between what is deemed personal and what is considered to be of a governmental nature.

According to what has been reported, Former Prime Minister Lee had appeared to want to safeguard the confidential nature of the oral interviews he gave by signing an agreement in 1983 with the then Secretary to the Cabinet and the Director of the Archives and Oral History Department which provided for the transcripts to be kept by the Cabinet Secretary although Lee would retain the copyright. This Agreement would only terminate in 2000 or 5 years after the death of Lee, whichever the later (2020).

Further, how did the Judge arrive at the conclusion that the information contained in the transcripts is indeed sensitive?

As it stands, the transcripts will pass from the Cabinet Secretary to Lee’s estate without the public ever finding out the contents. Mr Lee was an elected leader. Shouldn’t the electorate have the right to the information?

Besides, shouldn’t interviews recorded to preserve the history of Singapore be a matter of public interest? There may well be nothing sinister in the desire to keep such transcripts indefinitely confidential. However, this secrecy does lead the public to wonder why there is secrecy in the first place which can in turn lead to unnecessary mistrust and harmful speculation.

Of course, it is understandable that issues of national security have to be considered and there has to be a balance between the peoples’ right to know and political sensitivities of the day. However, shouldn’t such information be released to the public after a period of time has passed whereby the political sensitivities would have faded?

The enactment of a “freedom of information” act will ensure that secrets of the day do not remain secrets forever. This will provide accountability to the people while protecting certain political sensitivities. Both the US and the UK have laws to this effect and Singapore will not be treading on unfamiliar terrain should it choose to implement a derivative of legislation such as this.

Is it not time to introduce something akin to the freedom of information act in Singapore?