Home News Featured News Bee Wah and Pin Min: Even the PAP’s own space is getting...

Bee Wah and Pin Min: Even the PAP’s own space is getting smaller 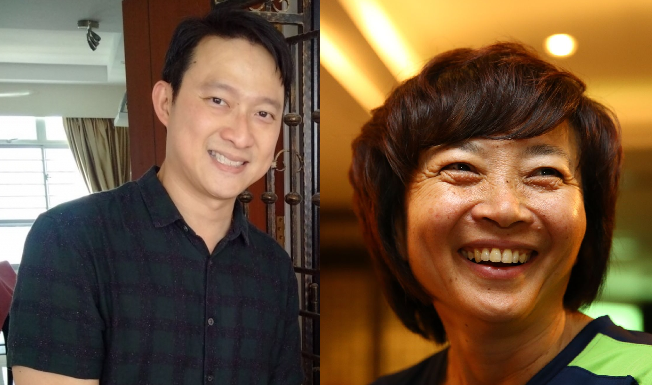 Two People’s Action Party MPs are in the news  – for different reasons. But they were just trying to do their job, one might say. It is the reactions that have been more interesting and telling on what we have become.

Transport Minister Khaw Boon Wan’s “favourite MP” Dr Lee Bee Wah (MP, Nee Soon GRC) said in an interview with Channel NewsAsia that her friends had told her certain civil servants may “get back” at her after she steps down because of her criticism of their policies.

“I even have friends who tell me, ‘Bee Wah, when you step down, then you will know, these civil servants will get back at you’. So be it. If I’m afraid then there’s nothing much that I can do, right? So if you really want to serve, don’t be worried.”

Dr Lee said: “Civil servants should come down to the ground more often and understand the problems that we’re discussing. Some do. Some still don’t. They shouldn’t just give ‘cut and paste’ answers to residents.”

She pointed out that often, the policies were sound on paper, but problems arose at the implementation stage.

For instance, she felt that the Government’s move towards a car-lite nation was premature.

“We encourage cycling. But are we ready? Obviously not. We’re seeing some accidents on pavements, void decks and roads. We can’t share. I went to Copenhagen and I saw their cycling paths. People cycle all in one direction. In fact, they cycle quite fast. But they have a zebra crossing across the cycling path and they have stop signs and the cyclists really go according to rules.

“We are not there yet.  The infrastructure is not ready. The mindsets of the people are also not ready.”

And for her comments, she got a chiding from Teo Chee Hean. The DPM, who is also the Minister in charge of the Civil Service, said it would be improper for either MPs or public officers to “get back at” each other because of disagreements over work.   He said: “If anyone knows of either public officers or MPs using their position or authority to act in this improper way, he or she should raise the matter with me with the facts, and I will have it investigated.”

Another MP, Dr Lam Pin Min (Sengkang West) was also the subject of some media attention because of a letter he wrote on behalf of a constituent to the State Courts which allegedly “downplayed” a motorist’s culpability in a traffic accident.  In judgment grounds, Justice See Kee Oon highlighted the misrepresentation of facts as “somewhat troubling”.

The PAP, through its Whip, Chan Chun Sing, Minister (PMO), has told its MPs not to write to the courts on behalf of their constituents so as to “avoid any doubt or public misperception” about the separation of powers between the different branches of government.

“When approached by constituents over matters that come before the courts, PAP MPs may write to MinLaw (on procedural issues) and Attorney-General’s Chambers (on prosecutorial issues),” he wrote in a memo. “This has been the general practice, and will remain so.”

Even a retired judge got into this discussion.  He said that when he was the Subordinate Courts’ registrar in the 1980s, he was instructed by then Chief Justice Wee Chong Jin to ignore such MP letters and not send them to the judges, and to return them to the PAP Whip.

He wrote: “The reason, I was told, was that Founding PM Lee Kuan Yew had instructed all MPs (in writing) that they should not be writing such letters to the courts.” Lee’s view was that such practices would blur the separation of powers between the legislative, executive and judicial branches of government.

You know what I think about all this – to-ing and fro-ing on what’s “right” and “wrong”, what ought to be the protocol and what’s the role of an MP?

The space in Singapore for dissent and fresh views, for independent ground assessment, for finding commonsense and acceptable solutions and for allowing an outlet for simply letting off emotional steam is getting smaller and smaller.

Too many rules, too many do’s and don’ts, too many Founding Father diktats. Too many new laws – to cope with this and that.

It is as if Singaporeans are children who cannot behave properly and cannot think for themselves. Including PAP MPs.