‘Be careful to survive,’ says Pres Halimah to Singaporeans 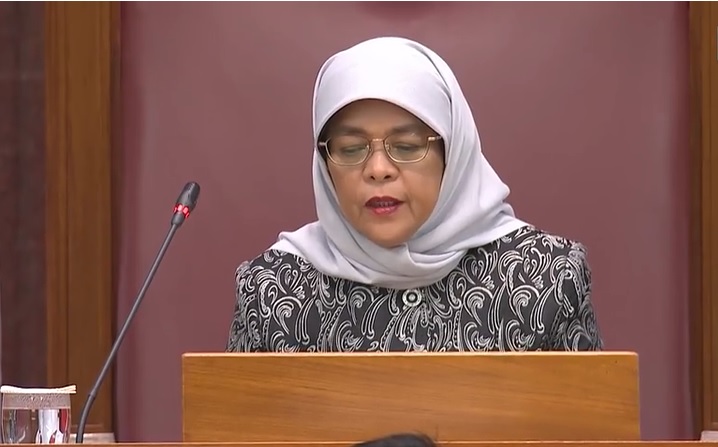 “As we enter 2019, the uncertainties and volatilities that we have to deal with have intensified. We have to navigate them carefully for our own survival,” said Singapore’s first female president Halimah Yacob.

In a video post on Facebook Mdm Halimah added: “We can only do so if we stay united, cohesive and strong.”

Formerly a member of Singapore’s governing People’s Action Party (PAP), she was the 9th Speaker of Parliament, serving from January 2013 to August 2017. She was also a Member of Parliament (MP) representing Jurong Group Representation Constituency between 2001 and 2015, and Marsiling-Yew Tee Group Representation Constituency between 2015 and 2017.

On August 7, 2017, she resigned from her positions as Speaker and MP, and from her membership in the PAP, to stand as a candidate for the 2017 Singapore presidential election. On September 13, 2017, she became President-elect in a walkover, as no other presidential candidate was issued the Certificate of Eligibility. She was sworn in the following day, becoming the first female president in the country’s history.

During Mrs. Halimah’s inauguration in 2017, PM Lee outlined the significance of Mdm Halimah’s inauguration when he said: “Today, we reaffirm the pledge that Mr Lee Kuan Yew made on 9 August 1965, in the first hours of our independence, that this would not be a Malay nation, a Chinese nation nor an Indian nation. Everybody would have his place, equal, regardless of language, culture, religion.

“Mdm President, half a century later, you symbolize, visibly, that Singapore will persevere with this dream.

“This has become all the more urgent considering the trends in our region and the rest of the world. In an age when ethnic nationalism is rising, extremist terrorism sows distrust and fear, and exclusivist ideologies deepen communal and religious fault lines, here in Singapore we will resist this tide.

“Here, the majority will make extra efforts to ensure that minorities enjoy equal rights. That is something special, precious and fragile,” he said.

“Mdm President, Encik Yusof Ishak was President of all Singaporeans, regardless of race, language, religion or gender.