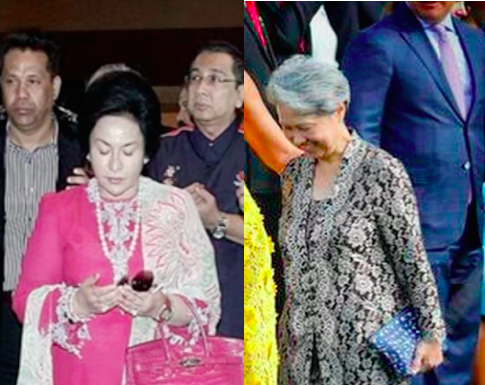 Rosmah Mansor, the wife of Malaysia’s former Prime Minister Najib Razak, has been in the spotlight for her extensive Birkin bag collection.

Not only that, there have been blogs and YouTube videos chronicling the outfits and matching Birkin handbags of Mdm Rosmah.

Just so you know, only a few pieces of Birkin handbags are produced each year, with prices ranging from S$16,000 to S$268,600, depending on the type of crocodile skin or embellishments such as gold buckles and diamond studs.

Mdm Rosmah has also been said to own one of the world’s most expensive Birkin bag, made of fuchsia porosus crocodile with diamond-encrusted, 18k white gold hardware. The bag was sold to a phone bidder at a Christie’s auction in Hong Kong for S$270,000 in June 2015. While there have been pictures of her carrying a fuchsia Birkin bag, very similar to that bag, it is unclear if she was the anonymous phone bidder.

So what about Ho Ching, the Chief Executive Officer of Temasek Holdings and wife of Singapore’s Prime Minister Lee Hsien Loong?

Well, Mdm Ho Ching was famed for carrying a dinosaur-motif pouch designed by a 19-year-old Pathlight student. This was during an official visit to the White House in August of 2016.

While the gesture is an extremely kind and sweet one, Mdm Ho Ching’s fashion and styling has received much flak from netizens recently.