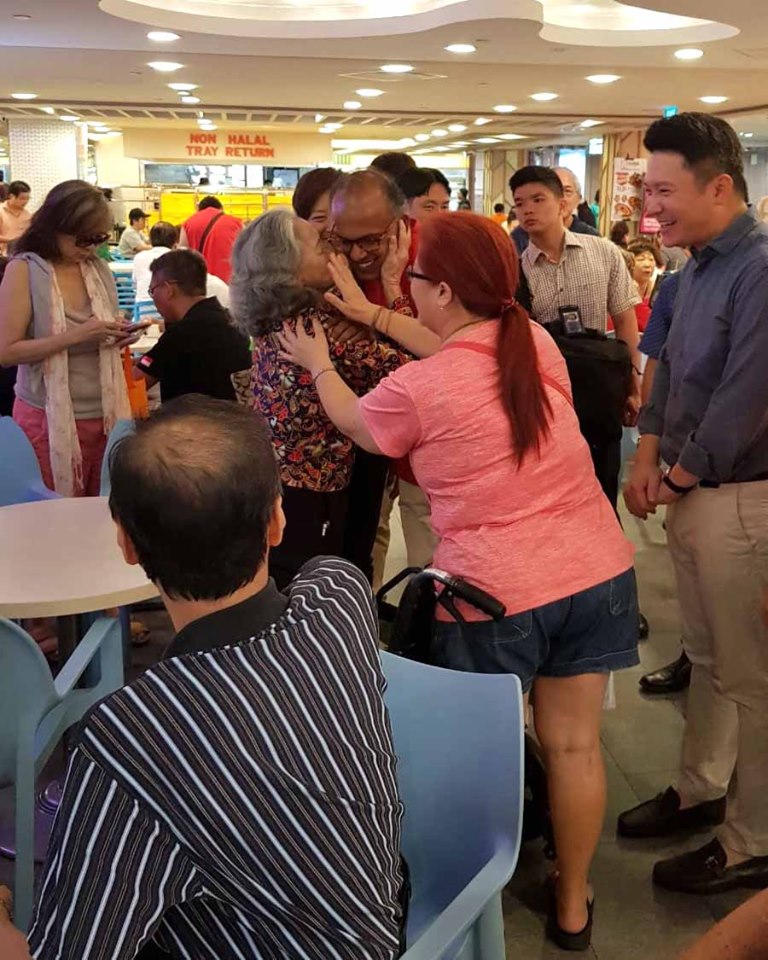 Members of Parliament (MPs) from the People’s Action Party (PAP) have started to make their rounds through housing estates in Singapore.

He shared photos on his social media page of many of the residents greeting him with hugs and even one where an elderly woman looks to be kissing him.

[ Northpoint Visit ] Stopped by Kopitiam in Northpoint after an event.Yishun residents are generally very warm.#HomeWithAHeart #NeeSoonCares

Potong Pasir is currently managed by Sitoh Yih Pin of the People’s Action Party as of the recent 2015 General Elections.

Before the 2011 General Elections, Singapore’s then-longest serving opposition MP and Secretary-General of the Singapore People’s Party (SPP) Chiam See Tong, served this constituency from 1984 to 2011. In the 2011 elections, Lina Chiam, took over the reins from incumbent Chiam See Tong. In the 2015 General Elections, Sitoh Yih Pin successfully defended this ward to Lina Chiam, this time with 66.41% of the votes. Chiam was not given an NCMP thus ending a 31-year streak where SPP had represented an opposition ward since 1984. -/TISGFollow us on Social Media