As Forest City collapses in China, developer heads for the Middle East 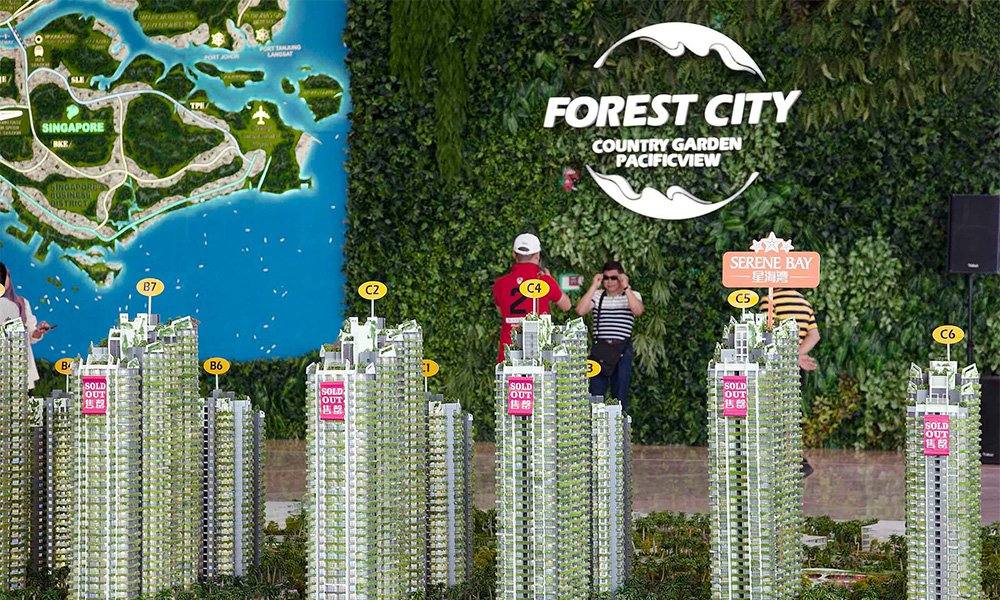 A Chinese developer of The Forest City project in the southern state of Johor in Malaysia is refunding money to mainland China buyers, signaling the collapse of the developer’s plans in China.

Country Garden Holdings, whose Forest City project in Malaysia is the biggest overseas project by a Chinese property developer, cited China’s crackdown on capital outflows as the main reason for the refund.

Zhu said buyers who had made down payments on Forest City properties but are no longer able to transfer the rest of their payments out of China “can cancel the transaction and there is no need to make payments for a forfeit fee”.

Last month, Country Garden said it was refurbishing the sales office in Johor and will focus on sales in the Middle East, as part of plans to salvage the project.

Forest City is one of Malaysian Prime Minister Najib Razak’s pet project but things started to take a downturn in Johor after former Prime Minister Mahathir Mohamad unleashed his criticism against the project.

Mahathir had said the project meant Najib will be distributing Malaysian citizenship to the Chinese buyers, in what he believed was a sell-out of the country to the Chinese.
Other projects collapsing?
Najib, in retaliation, had said some ‘unpatriotic’ former leaders of the country were damaging the economy with false claims after he successfully roped billions of investment potential from China.

With the collapse of Forest City in China, it is a few billions in investment promised by the Chinese that is not going to materialise lending fears that other Chinese promises might also be in danger of collapse.Follow us on Social Media