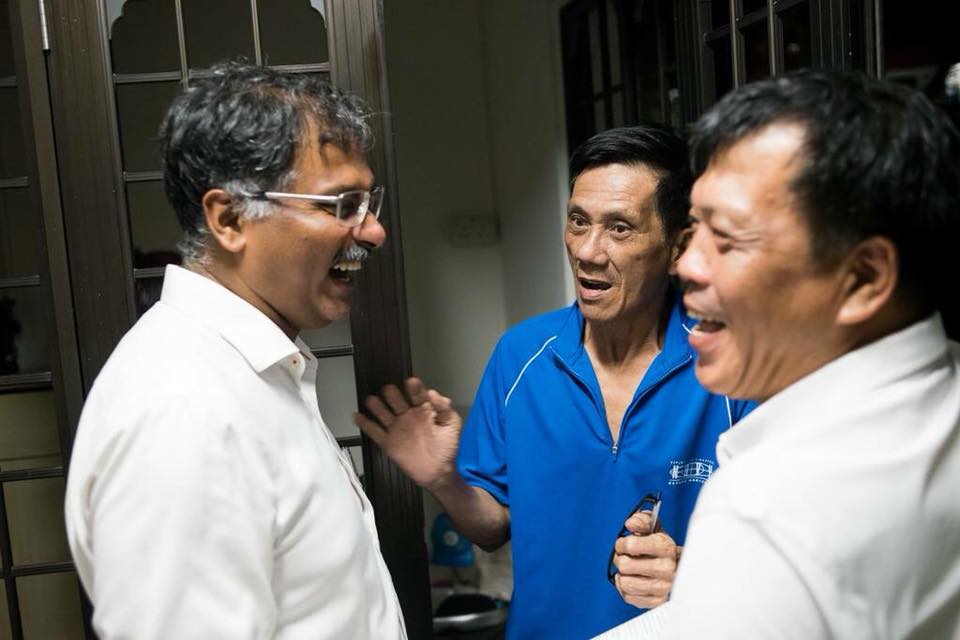 Bukit Batok SMC Member of Parliament (MP) Murali Pillai – better known as Ah Mu – has revealed on Facebook that one of the residents in his ward credits Pokémon Go for helping him recover from a terrible accident that left him unable to walk.

Ah Mu revealed on Facebook last week that the 62-year-old resident was involved in a motorcycle accident in 2009. Mr Low’s leg was “smashed” in the accident and he had to undergo 18 surgeries over the next two years. Even despite all of these medical procedures, Mr Low did not regain his mobility and so stopped going for physiotherapy.

Mr Low, however, experienced an unbelievable change when he became drawn to Pokémon Go – a location-based augmented reality game through which players try to gain points by “catching” Pokémon around them.

According to Ah Mu, an intrigued Mr Low began “wobbling with a walking frame for 50 m per day. This lengthened to 100 m. Now he has thrown his walking frame and walks 10 km per day!” His leg bone has allegedly “grown back,” as well:

“Mr Low, aged 62, thought he would never walk again. But thanks to POKEMON, he is doing well! What is the connection? In 2009, Mr Low, whilst riding his motorbike, suffered a terrible accident that resulted in his calf bone being, in his words, “smashed”. He underwent 18 operations, some of which involved bone grafting, over 2 years. Unfortunately, he did not regain his mobility. He stopped going for physiotheraphy. Then the POKEMON craze started. He could not help himself. He started off by wobbling with a walking frame for 50 m per day. This lengthened to 100 m. Now he has thrown his walking frame and walks 10 km per day! His bone has grown back. He told me after CNY, he would see me for help to get a gardening job. Hurray for Mr Low!”

Murali Pillai was initially part of a five-member PAP team that lost Aljunied Group Representation Constituency in the 2015 General Election to the incumbent Workers’ Party.

Pillai had a surprisingly quick return to politics when he was fielded as the PAP candidate during the Bukit Batok Single Member Constituency by-election, which was called after the PAP candidate who won the 2015 election – David Ong – suddenly resigned from his post due to an extramarital affair.

Pillai urged constituents to call him “Ah Mu” during the by-election campaign, in a bid to endear himself to residents in the ward since the SMC has a higher proportion of Chinese residents than the national average. He explained to reporters: “Friends and colleagues have been calling me Mu for aeons.”