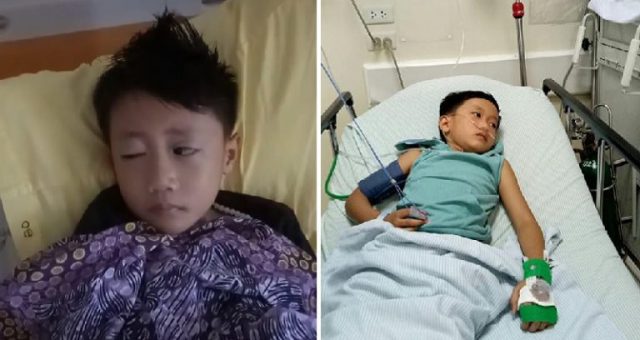 Parents of a 6-year-old Filipino boy said that he developed uncontrollable facial seizures after playing computer games non-stop for 9 hours a day. The boy was rushed to hospital on July 23 after his blinked non-stop and lips quivered uncontrollably.

Doctors in the Philippines city of Cabanatuan City however, found no conclusive evidence that the boy developed the condition from his video game addiction, but they advised the parents to keep him off his smartphone and tablet.

The parents of the boy are however convinced that their son developed the uncontrollable facial tics due to his addiction to video games.

“My son has always been healthy. He has never had any problems before. They started on July 23 and 24 and would not stop. I am sure that excessive use of gadgets is responsible.”

The father added that his son, identified as John, continued to suffer facial seizures every 20 or 30 minutes even after he stopped playing video games. This was when the parents then took the boy to another hospital so as to get a second medical opinion. The second intensive medical examination also returned inconclusive.

The doctors diagnosis that there were no detectable irregular brain activity in their son, however failed to give assurance to his parents.

His mother said: “My son is really suffering and we don’t know what we can do now. He would watch cartoons on TV as soon as he woke up. Then from 3 p.m. when he came home from school until midnight he would play games on his smartphone or tablet. The games were just children’s games, fun and colorful but not violent. He was addicted.”

She added: “The doctors said that the condition could be caused by gadgets but there is no certain evidence. As a mother, I am sure this is the cause and we have stopped him from using any of his electronic toys.”Follow us on Social Media