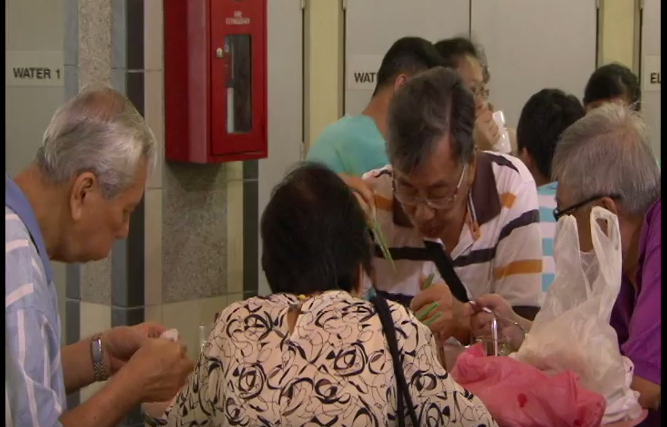 Tan Hwee Ngo, a 69-year-old woman has faced the court for 169 charges of swindling the 74-year-old Tan Soy Kiang by urging him to give money for “Lee Kuan Yew” that allegedly happened between June 1999 and December 2013.

Tan Hwee Ngo is also accused of letting Tan Soy Kiang, a petrol station pump attendant, to believe in the scheme, as part of his salary every month was also given to the former.

It was found out that another woman, Madam Boo Sok Hiang, introduced the scheme to Mr. Tan for they were good friends for how many years and was instrumental in turning over the payments of Mr. Tan to the accused. Mdm Boo herself also entrusted money to Ms. Tan thinking it was an investment.

The many years of deceiving Mr. Tan was eventually put to end when his niece found out everything and then confronted her.

On the first day of hearing set on Jan 9, the accused, Ms, Tan Hwee Ngo, was facilitated by a Teochew interpreter as she listened to the court proceedings.

The prosecution called on Senior Investigation Officer Manoj Kalwani as the first witness.

Officer Manoj brought with him the two statements from 70-year-old Mdm Boo who allegedly collected payments from Mr Tan and gave them to the accused. After giving her second police statement, Mdm Boo died due to a heart disease in April 2016.

As read by Officer Manoj, Mdm Boo’s statements were:

Based on the sworn statements of Mdm. Boo, Officer Manoj concludes to the court that the accused, Ms. Tan Hwee Ngo is the mastermind behind this LKY scheme fraud.

“She had cheated the victim by coming up with the scheme that he had to pay money to Lee Kuan Yew and he had paid her from his CPF savings and monthly salary for quite some time.”

On the other hand, the accused’s lawyer, TM Sinnadurai told the court he intends to challenge a statement given by his client, in which she said Mdm. Boo used the money for gambling, as the woman was a habitual gambler, and would often play mahjong with Ms. Tan.

Sinnadurai also raised some allegations regarding Mr Tan’s niece statement in her police report that Mdm Boo was heard saying to Mr Tan: “You better pass me the money or you will die.”

He added that Mdm Boo was not telling the whole truth in her statement but Officer Manoj disagreed.

The court battle determining who is telling the truth and who is lying will still continue, with the prosecution to call Mr. Tan, his niece, and other police investigation officers as witnesses.

This story between these older people in Singapore caught the attention of many netizens, especially on the use of “Lee Kuan Yew’s” name in order to manipulate trust to swindle huge amount of money.