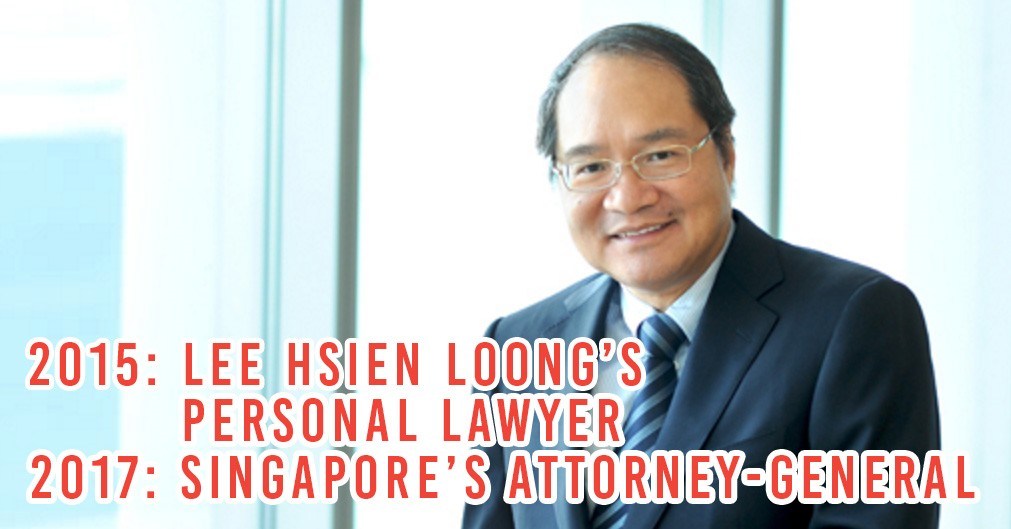 The Lee’s have been issuing statements after statements centered on their father’s house at 38 Oxley Road. One key factor which stood out in one of Lee Hsien Yang and Lee Wei Ling’s earlier statement was the detail about Lucien Wong.

Who is Lucien Wong?

1. Lucien Wong was PM Lee Hsien Loong’s personal lawyer and represented him during the dispute with his siblings over LKY’s estate.

2. Shortly after the dispute started, he was quickly nominated to become Attorney General (AG).

4. Lucien Wong is the first ever AG to have no experience on the Bench, and to have never acted for the State in legal matters. He was a corporate lawyer (see TODAY article)

5. Lucien Wong was appointed AG at age 63, to replace V. K. Rajah, who had to retire at age 60. When asked about Article 35(4) of the Constitution, which states that the Attorney General shall hold office until he turns 60 years old, Law Minister Shanmugam argues that the Government can arbitrarily decide to appoint someone above the age of 60. (more details at The Straits Times)

[And Bonus Fact – not about Lucien Wong]

7. The role of ‘Deputy Attorney General’ was only recently created to reflect the “increasing volume and complexity of legal work of the Government”. Earlier this year, and for the first time ever, an ex-PAP MP, Hri Kumar was appointed the Deputy AG (see this TODAY article)

The more you know!