The Independent News
Entertainment Celebrity 5-year-son will soon be taller than her, says Vivian Hsu

5-year-son will soon be taller than her, says Vivian Hsu

Vivian Hsu, who made the headlines for her high-risk first pregnancy not too long ago says her son is growing up pretty fast and will be taller than her.

“Very soon, he will be taller than me,” she says. Hsu’s height 1.61m and Dalton’s head already reaches up to his mother’s chest.

To recall, as reported by 8days.sg, Hsu, 45 delivered her son Dalton in August 2015, but she had to be confined to bed for close to five months during which she had hundreds of injections to keep her condition stable.

The entire episode was so traumatic that Hsu reportedly said she will not have another child because she is afraid a second pregnancy might actually kill her.

However, it is heartwarming to see how well, and how fast Dalton is growing. On Wednesday (January 6), Hsu posted a photo of herself and Dalton wearing matching sneakers. The Taiwanese actress said that her five-year-old enjoys playing basketball. 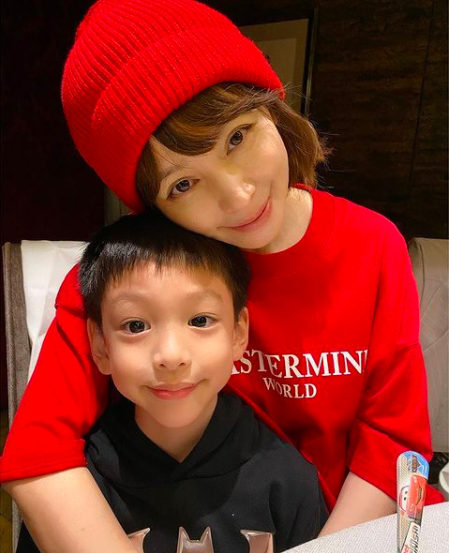 Fans of Hsu agreed with her and could not stop gushing over how big the 5-year-old has gotten now.

Fans praised Dalton for his good looks, despite having his mask on and the media noted that the boy is no longer as kiddish as he used to be.

Pre-occupied with work over the past year Hsu continues to prioritise her family, going through two 14-day quarantines while travelling back and forth between Taiwan and Singapore just for her to spend time with her Singapore-based businessman husband Sean Lee, 43.

Lee has since flown to Taiwan to be with Hsu and Dalton, and the family will reportedly spend Chinese New Year in Singapore. Hsu will fly back to Taiwan to film a new movie in March.

Hsu and Lee tied the knot in 2014 and she is a stepmother to Lee’s two daughters from a previous marriage.Follow us on Social Media