34 questions for Parliament on 3 July 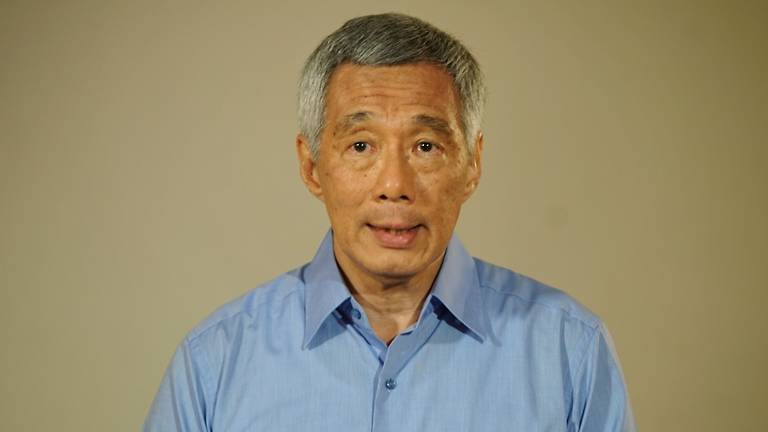 It states that “Putting the issue under scrutiny in the House will allow the Government to address in public the serious allegations about abuse of power that have been made by Dr Lee Wei Ling and Mr Lee Hsien Yang, the younger children of the late founding prime minister Lee Kuan Yew.

PM Lee, in a statement yesterday, urged MPs from both sides of the House to examine the issues thoroughly and to question him and his Cabinet colleagues vigorously.

Others, such as Tampines GRC MP Desmond Choo, said they would canvass views from grassroots leaders and residents so that they can reflect them in Parliament.

“Citizens should also encourage their MPs – PAP or non-PAP – to speak on their behalf and raise tough questions,” he said.”

In this connection, some of my friends have asked me to collate and pen down their suggested questions:

1 – Since 38 Oxley Road was bequeathed to Lee Hsien Loong – why didn’t you just hold on to the title of the house, and wait to demolish it, when Lee Wei Ling is no longer living there, as per your father’s wishes?

2- Why was there a need for you to offer to transfer the house to Lee Wei Ling?

3 – What exactly were the terms and conditions of your offer to transfer the house to Lee Wei Ling for $1 – which she did not accept?

4 – Who initiated the idea for you to sell the house to Lee Hisen Yang at  market value?

5 – What was the market value transacted?

6 – Why do you think Lee Hsien Yang would buy the house and also donate an additional 50 per cent of the transacted market value to charity, when as per your father’s wishes – any and all proceeds pertaining to the house has to be donated to charity?

8 – If the joint executors and trustees of the will (Lee Hsien Yang and Lee Wei Ling) together with the beneficiaries. agree to make a reconciliation of the cashflows derived from the distribution of the estate such that at the end of the day – all the beneficiaries receive equal shares, in line with the late Lee Kuan Yew’s wishes – will you agree to it?

9 – Did you take the 250 per cent charitable income tax deduction on the full market value transacted – which you donated to charity?

10 – Since you had sold the house to Lee Hsien Yang in December 2015 and the three of you made a public statement at the same time about the demolition of the house and that you would recuse yourself – why did you agree to the setting up of a ministerial committee?

11 – Who initiated the setting up of the ministerial committee, and when was it first mooted?

13 – What were the ministerial committees set up in the last five years?

14- Have the existence of any ministerial committees in the past been made public?

15 – As you said you recused yourself – why did you participate – such as making a statutory declaration to the ministerial committee?

16 – According to the Merriam-Webster dictionary – “recused” means “to disqualify (oneself) as judge in a particular case; broadly :  to remove (oneself) from participation to avoid a conflict of interest” – What is your understanding of “recused” when you said this, when you made the public statement with your two siblings in December 2015?

18 – Can you make public the ministerial committee’s terms of reference, minutes of meetings, correspondence, etc?

19 – In your opinion, do you think the Minister of Law has a conflict of interest, in being on the ministerial committee?

20 – When did you first have misgivings about how the will was prepared?

21 – When and who did you consult or talk to regarding this?

24 – Since the will was made on 27 December, 2013 (note: Mr Lee Kuan Yew was continuously a Member of Parliament until his death on 23 March, 2015) and “2010-2011: Mr Lee Kuan Yew writes formally to the Cabinet twice to put his wishes to demolish his house at 38, Oxley Road on record” – why is there still a need to “has been looking at how the late Mr Lee’s will came to be made and the roles played in this by Mrs Lee Suet Fern – Mr Lee Hsien Yang’s wife – and the law firm that she heads”?

25 – Do you agree that if there is rule of law in a country – there should only be one issue and one solution – is the will of our late former Prime Minister Lee Kuan Yew valid?

26 – And therefore, do you agree that only a court of law can determine this, provided the parties involved submit themselves to go through the proper legal process. Will you submit yourself to a court of law?

28 – Do you agree that it should not be decided by a specially formed ministerial committee (which was not made known to Singaporeans) or the Government?

30 – How did your lawyers managed to obtain a copy of the Deed of Gift dated 8 June 2015 from the National Heritage Board (NHB)?

32 – What is your response to your siblings’ allegations that they “fear the use of organs of state against us”, had faced harassment from you, that they were being followed, “some of his friends had suffered “serious repercussions” because of the acrimony among the siblings over the house”?

33 – What “organs of state” do you think they were referring to?

34 – What is your response to “She (your mother) would never instruct Permanent Secretaries or senior civil servants,” they said. “The contrast between her and Ho Ching could not be more stark. While Ho Ching holds no elected or official position in government, her influence is pervasive, and extends well beyond her job purview”?

As to “Finance Minister Heng Swee Keat, in a Facebook post, said: “Like PM, I hope this will be the chance for all of us to discuss things openly and thoroughly, dispel doubts, and strengthen confidence in our institutions and system of government.”

Chua Chu Kang GRC MP Zaqy Mohamad said the move to lift the Whip shows that “PM Lee is not afraid to put the matter under the microscope”.

Otherwise, how well received and accepted will this exercise be, if only a few hundred people get to see and hear it on that day?

My friends who gave the above suggested questions say one of the main reasons why they are doing this, is that they hope that they may be of some use to our Prime Minister’s preparation for 3 July, as literally – “the eyes of the world will be upon us”.