Singaporeans appear to be unimpressed with Manpower Minister Josephine Teo’s recent explanation that the ‘sex in small spaces’ comment she made in 2016 was meant to be a “private joke.”

In a recent interview with the Straits Times, Ms Teo admitted that she “should not have said” what she did. The Minister said that the ‘sex in small spaces’ comment was “meant as a private joke.”

Singaporeans, however, have asserted that the Minister’s retraction comes “three years too late”.

The majority of netizens responding to Ms Teo’s explanation felt that her explanation could be aimed at appeasing voters ahead of the upcoming General Election while some felt that Ms Teo’s comments were still made in bad taste – whether it really was a “joke” or not: 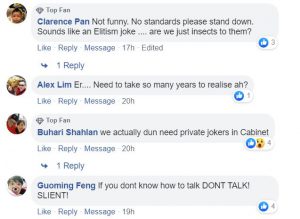 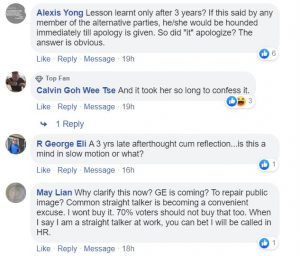 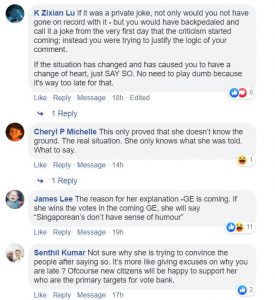 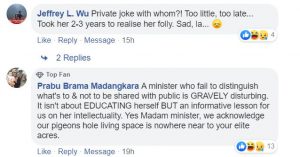 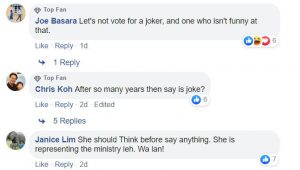 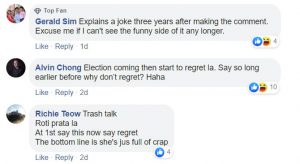