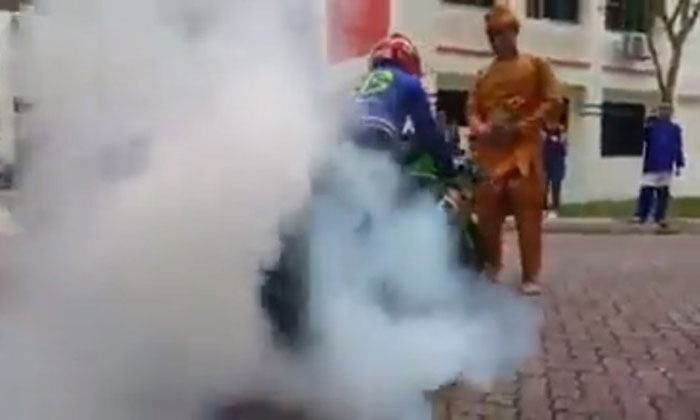 A 26-year-old biker is assisting police with investigations after a video of him performing a motorcycle stunt around a groom at a carpark was released online two weeks ago.

In the video, which quickly became viral, the motorcyclist can be seen revving the engine of his bike while making a circle around the groom, creating thick smoke and leaving a large black ring on the ground:

Two weeks later, the motorcyclist was identified and by the police. A police spokesman said:

“The 26-year-old rider has been identified and is currently assisting Traffic Police in investigations.