She turned to sex trade as a last resort 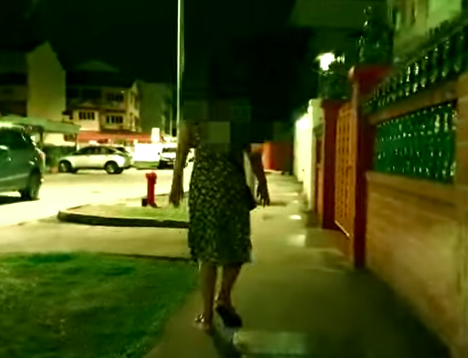 Singapore — Nancy, a popular “street girl” gives us a look into the dark side of Geylang. Born and bred in Singapore, this 39-year-old shares some of the lesser-known, darker secrets of Geylang, the red-light district.

She tells us that she had no choice but to turn to the sex trade after losing her job during the SARS pandemic and having no other means to survive.

Nancy was then 21 years old, out of a job but deemed “too young” for menial labour such as dishwashing. Out of options, Nancy decided to take a chance and stepped into the dark alleys of Geylang.

Having been in sexual relationships from the age of 19, Nancy was not clueless when she decided to join the sex trade.

However, as a newcomer, she found sex work was not easy and had its challenges right from the start. Her first customer left without paying her and she found herself frustrated, angry and with only S$5 left in her pocket.

She says she had to push herself to the limits trying to make money.

One of the first challenges she encountered was an influx of girls from overseas who put up a hard fight competing for customers with local girls. However, by keeping at the trade and a surprise encounter with a generous customer, Nancy found her permanent workspace at Lorong 18 in Geylang.

It was no bed of roses though, as looking for other ways to earn money, Nancy decided to get into a marriage of convenience, as recommended by a friend of hers. But things did not go well for her.

Moving forward, Nancy tells us how life is years later.

Watch the full video. /TISGFollow us on Social Media