2018: From disappearing “independent” PAP MP to the IMDA 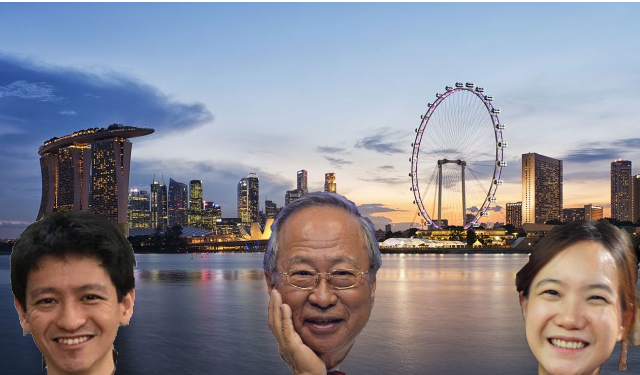 Feverish work going on as we approach Budget Day in March. “One per cent, 2 per cent or 3 per cent? Start with 2 per cent, give very generous subsidies, get through election and then add another 1 per cent later? Or? How? How?”

Everyone is being watched. Transport Minister Khaw Boon Wan, SMRT Chairman Seah Moon Ming, SMRT CEO Desmond Kuek, LTA CEO Ngien Hoon  Ping are all on it to get the MRT back on track. We wish them well. Just get the job done.

Being a newsman is not easy, especially in Singapore where the press is regarded as merely a tool in nation building and not expected to be another pillar, or an active participant, of the democratic process like in the West.

(The Western press is another long story for another day. You have to catch the upcoming The Post starring Tom Hanks as Ben Bradlee, the ex-Washington Post’s editor, and Meryl Streep as Katherine Graham, the late owner of the newspaper, to get a sense of how zealously the American press guards its role and carries out its job). So when Khaw Boon Wan made some not so nice remarks about reporters covering transport stories (“they think it’s so easy… like holding a pen and writing a few articles, and get the signalling done”) he was being unfair – ironically to the state’s very own media.

Watch this space. Even the compliant local media must begin to draw the line on self-flagellation. Or the only people left reading, viewing or listening to its products will be – themselves.

Where are the Inderjit Singhs, Dr Augustine Tans and Cheng Bocks? And what has happened to Dr Lily Neo?

With everyone going cashless, how are they going to survive without hand-to-hand cash tips?

Gone the way of zone phones

Where are they? Ask Lim Kia Tong.

If you are looking for a job that offers a lot of power, apply for this one.

Under the proposed changes to the Films Act, Infocomm Media Development Authority officers will have expanded powers to investigate breaches. The act will allow IMDA officers to enter and inspect a property without a warrant. These include, for instance, the distribution or public exhibition of films that have not been approved. The officers will also be able to seize films and equipment if there is reason to suspect that these are evidence of an offence.

According to a petition against the amendments signed by 400 members of the arts community, “currently, only a few IMDA officers – a censor, a deputy or assistant censor or an inspector of films –  can enter premises without a warrant and conduct search and seizure over unlawful films, or obscene or party political films.”

“With the changes, these powers extend to any classification or licensing officer, who may enter property by breaking doors and windows.”  The petition sees this as an overreach.

With this I wish everyone Merry Christmas and a Happy New Year.  See you again next year.