1MDB: Why hiding Jho Low is crucial for Najib 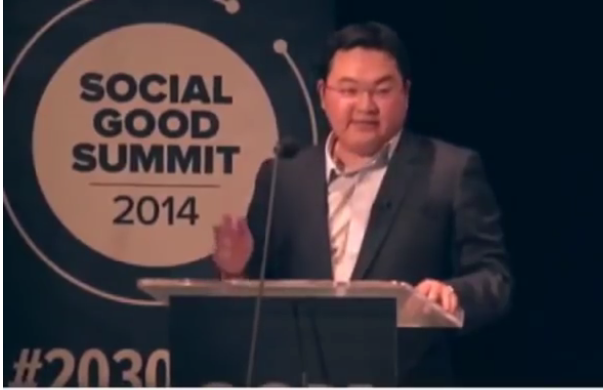 Najib and Jho Low have so many things in common, including their denial and their defence postures in the 1MDB scandal that appears to be a scripted pact.

While no one really knows who this Jho Low is and besides the fact that he escaped from Malaysia on the dawn of the 1MDB scandal breaking, he is forcibly linked to the fate of ex-PM Najib Razak.

Najib who is battling a long list of cases in Malaysian courts remains a staunch defender of pretty boy Low.

To bury the only moment Najib flinched in his support of Jho Low, the ex-PM denied his statements attributed to him in an interview with Malay language newspaper Sinar Harian. Read more here. (https://www.channelnewsasia.com/news/asia/jho-low-cheated-us-malaysia-najib-razak-1mdb-10958734)

In the interview, Najib reportedly said “If that is the conclusion (that the government was cheated by Jho Low), if we take into account what we know today, then that’s the truth,” he said during the live interview.

The admittance of ‘new evidence’ perhaps from the DOJ’s indictment note on Jho Low is obvious in Najib’s statement. But he backpedalled.

He was responding to reports citing new evidence that could link Jho Low to laundering of money syphoned from 1MDB.

The American Department of Justice (DOJ) on Nov 1 indicted the Malaysian for conspiring to launder billions of dollars in illegal proceeds and to pay hundreds of millions of dollars in bribes. https://www.justice.gov/opa/pr/malaysian-financier-low-taek-jho-also-known-jho-low-and-former-banker-ng-chong-hwa-also-known

Najib later insisted he was misquoted and he never said his protege was a cheater or that he was cheated by Jho Low, who appears to be a favourite person to the former first lady of Malaysia (FLOM) Rosmah Mansor.

The relationship between Jho Low and Najib only became clearer after the May 9 election defeat of the latter. Pressed by all quarters, Najib had to admit he knew Jho Low, he had a ‘business’ relationship with the DOJ witness.

While reports in foreign media showed evidence of strong links between the two men, Najib and Jho Low always denied they were in it for the money haul.

Najib went to great length to protect Jho Low, and even to try to scrape his name off the 1MDB scandal.

The ex_PM allegedly ordered in February 2016 to remove mention of Jho Low’s presence in a 1MDB board meeting.

Najib continues to insist, amid slips of the tongue here and there, he had a professional relationship with the controversial businessman.

Jho Low on his part has made little mention of Najib Razak, which perhaps is part of the plot in the script devised by the 1MDB money hauliers, that is Jho Low and Najib should not dwell in a spat or in a love trail between them.

The least they talk about each other, the lesser important they will seem to be for each other. But Najib’s U-turn on his first flinch on Jho Low to Sinar Harian says something is cooking.

Najib recently said he was being persecuted by a revengeful Pakatan Harapan regime, which failed in its promises to the people of Malaysia and is using the 1MDB case in a witch-hunt.

On Tuesday, Jho Low claimed through a spokesperson that the charges against him were made to create a false sense of security amid the Mahathir administration’s “failures”.

“These charges are intended to create another false sense of security for the political loss that the Mahathir regime has brought upon itself due to its failures on current issues; disregard for the rule of law; and intentional misinterpretation of the constitution.

“They are no more than a continuation of the trial by media and political reprisals by the Mahathir regime,” he said in a statement on Tuesday.

Jho Low has played politics before, attacking Najib’s party, the United Malays National Organisation (UMNO), in a tweet in on April 14, 2015.

Jho Low had hit out at Umno Youth during an interview with Euromoney, criticising them for trying to pin 1MDB’s failure on him.

“There seems to be a very, very coordinated attempt to say: ‘This young Chinaman, it’s all his fault, he caused the failure of 1MDB and apparently he advised the PM and everything is screwed up now.

“It’s just crazy, and these Umno guys are spinmasters, they know all this sort of nonsense.” he was quoted as saying in the report.

He showed his obvious links to the top family in the country by lambasting the Umno. Who could do that if he was not the favourite person of the ruling couple?

Now, staying away from Malaysia is a solution, though not a long-term one since Jho Low has little room to manoeuvre now with Interpol on his trail.

Hiding him and getting him to be silent for as long as it takes would be ideal for some. But Jho Low has a big mouth too, as we have seen.

The bet is when Najib is grilled for his ‘blurred’ memory in the courts, he might spill some beans unwittingly. It is then that the reaction from Jho Low will be revealing, says some observers.

They believe Jho Low is being kept far off the shores of Malaysia and in safe hands in order for him not to crack in court.

Since it is now established that Jho Low was the mastermind behind the 1MDB scandal, and he made his money allegedly from the 1MDB scandal, his presence in Najib’s court case could be crucial altogether.Follow us on Social Media