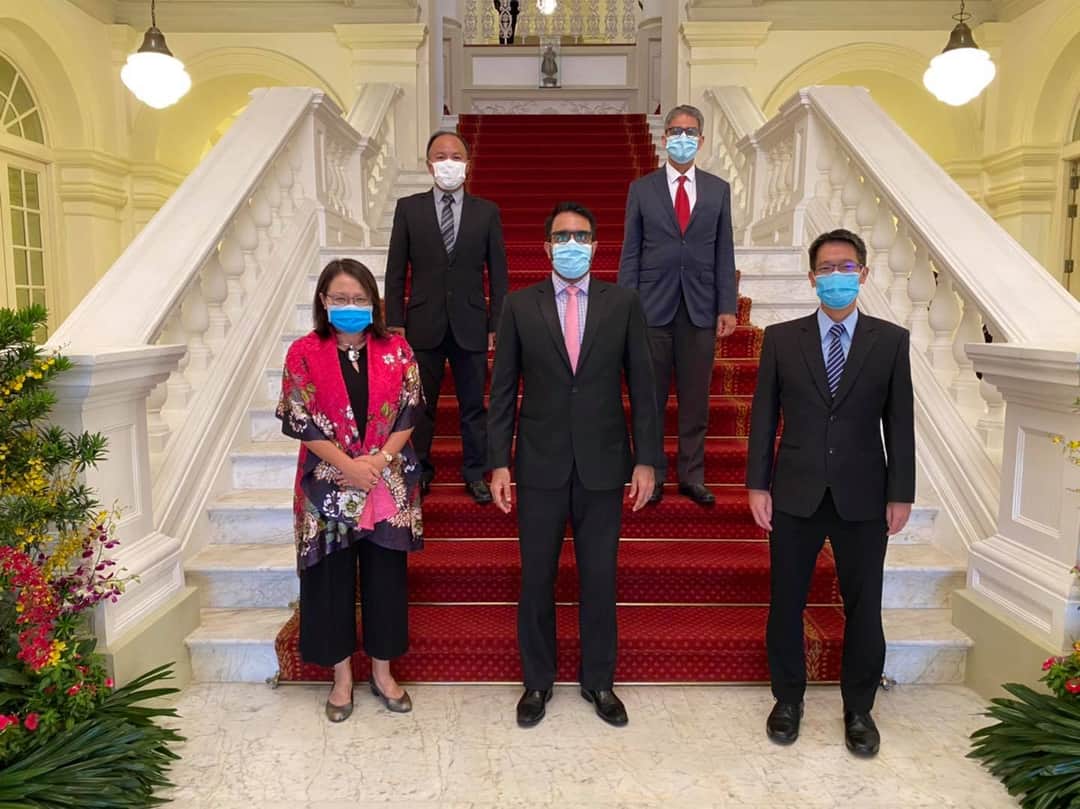 Singapore — They are going viral. The two photos here of the 10 Workers’ Party members who were elected in the recent General Election.

The MPs-elect were at the 2020 Cabinet Swearing-In Ceremony yesterday, which was held simultaneously at the Istana and in Parliament as part safe-distancing measures.

The photos, published online by WP Secretary-General Pritam Singh, show the 10 MPs-elect wearing masks and observing social distance at the Istana and in Parliament. There were five of them at each venue.

The photos drew nearly 9,000 likes in a span of only two hours. Those commenting on the photos spurred the opposition MPs-elect  on as they prepare to take part in the latest term of Parliament alongside a sea of 83 PAP MPs: In what was the first election under the leadership of Mr Singh, the WP held on to its Aljunied GRC-Hougang SMC stronghold and scored better than it did in the 2015 General Election.

On top of winning a stronger mandate in the two wards it already held, the WP made history once again and clinched yet another GRC — the second multi-member constituency to ever be won by the opposition — when the WP team at Sengkang GRC beat a PAP team of three political office-holders and a newcomer.

The four-member ward was newly carved out ahead of the elections  and was contested by three fresh faces from the WP — Dr Jamus Lim, Ms Raeesah Khan and Mr Louis Chua — and one candidate who had run in one previous election, Ms He Ting Ru. The WP team faced off with a People’s Action Party (PAP) team that included three  political office-holders and one new candidate.

The WP team pulled off what seemed like an impossible feat when it emerged the victor at the polls, beating the PAP team of Minister in the Prime Minister’s Office and labour chief Ng Chee Meng, Senior Minister of State for Health and Transport Dr Lam Pin Min, Senior Parliamentary Secretary for Home Affairs and Health Amrin Amin and new candidate Raymond Lye. /TISGFollow us on Social Media