Minister tells Madrasah students to be flexible, and resilient to face future challenges 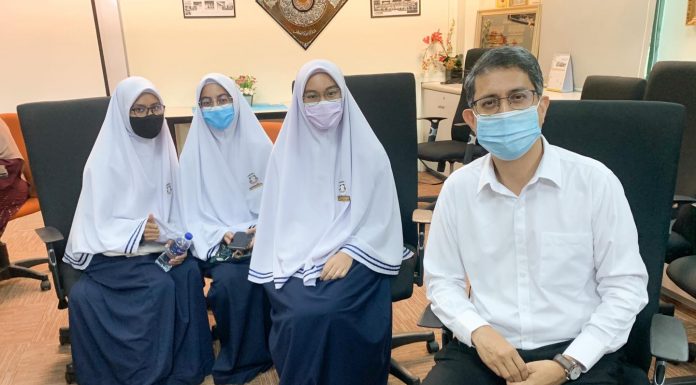 Dr Muhammad Faishal bin Ibrahim Khan Surattee said Madrasah students need to be able to adapt, be flexible and have the resilience to face the turmoil of the uncertain future world.

Speaking at the Madrasah Al-Arabiah Al-Islamiah (MAI) Award Presentation Ceremony, said mastery of academic and religious subjects as well as an understanding of socio-religious life based on context produces madrasah graduates who are able to meet the needs of an increasingly diverse society. The teachings of the Quran and sunnah applied through education in madrasahs will continue to guide them to play a useful role in society, he added.

“In a turbulent life in a turbulent, uncertain, novel, ambiguous world, it is important for all students to have the ability to be adaptable, flexible and resilient to face the challenges ahead,” he said, stressing students madrasahs are now on par with other students in national schools.

During the Committee of Supply Debates 2022 Minister-in-charge of Muslim Affairs Masagos Zulkifli said that local madrasahs here will ensure a lasting supply of asatizah (religious teachers) talent. Since the curriculum overhaul more than 20 years ago, madrasah students are now able to further their studies in the field of Islamic Studies at the tertiary level, or continue their education to the secular stream.

In saying that he was proud of Madarsah students, the Minister said they have no problem switching to secular majors. Each year, the madrasah as a whole receives around 380 students at the first grade level. In each cohort, about 50 students attended a national school, either within six years of primary school education, or after PSLE. Among those who remain in madrasahs, about half will pursue post-secondary education in secular institutions. Today, about one in every four students who start their education in madrasahs graduate from the ukhrawi route, and become asatizah.

The Minister added that for madrasah students who will be called asatizah, they must be able to convey wise religious advice. They need to understand the reality of community life here, and be sensitive to the nuances of our culture in order to guide the Muslim community to face new and complex challenges.

The post Minister tells Madrasah students to be flexible, and resilient to face future challenges appeared first on The Independent News.