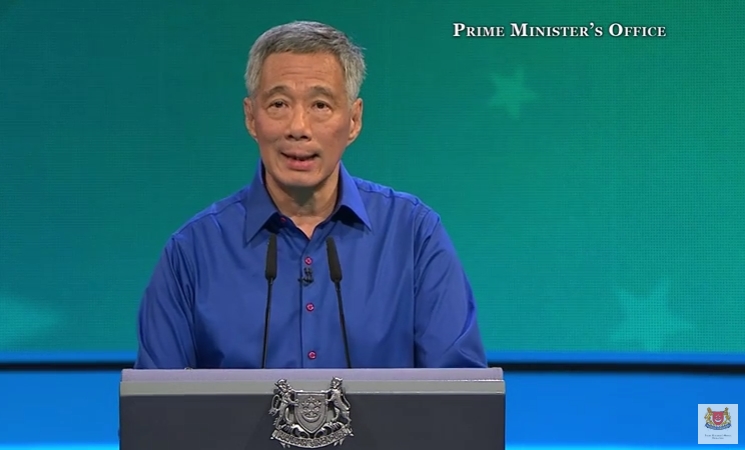 The Independent Singapore would like to express our deepest concerns for Prime Minister Lee Hsien Loong following his collapse on stage during the National Day Rally, and it is a relief to see that he is back in action. We wish him good rest and good health for the future.

PM Lee Hsien Loong highlighted three areas of concern that would become the pivots for his speech: “How do we progress?”, “How do we secure a place for our future?”, and “How do we ensure good politics?”.

While notably short on details, there are a few things that we can take note of, as they indicate significant changes that we can see, or will not see, in the year or so to come in terms of government policy.

Relentless disruption, rising to the challenge

Throwing out the examples of Grab and Uber, doorstep delivery for almost everything, space travel and the “kim zua” and “bak kwa” businesses, PM Lee attempted to paint a future where technology leads to different ways of doing things. It is odd, then, that he also mentioned the presence of legislation and rules within the system that restricts the development of these new services and fair competition.

He also highlighted how various government agencies like SPRING and IE Singapore are trying to identify new growth areas and ensure that Singapore is able to meet these challenges through training, encouraging entrepreneurship and technology upgrades.

However, no new programmes were announced; instead, he made a call for Singaporeans to “try and keep trying”. This might suggest that we can expect little other government assistance other than current initiatives, while the government continues to press for that elusive productivity growth.

He did note, however, that the Ministry of Health will be studying how to improve ElderShield, which means we can expect some policy changes to be announced in relation to this initiative in the near future.

The big dangerous world out there

PM Lee pointed out Singapore’s continual need to survive in a world full of bilateral conflicts. Key among these were the South China Sea dispute, including how Singapore serves as the mediator and concerned observer of these disputes, as these issues affect our trading position and relationship with other countries. A great proportion of his speech on this matter highlighted Singapore’s relationship with China, pointing out economic ties and how Singapore’s role in ASEAN plays a part in steering this issue.

Without fail, terrorism was included as a prominent feature, and PM Lee did not fail to point out recent terrorist attacks around the world, including the rocket attack planned on Marina Bay Sands. A weak attempt was made to relate the “pro-communist” movement in Singapore with ISIS.

The spectre of a terrorist attack within Singapore was played out as a “what if” scenario, where PM Lee warned against “deepening fault lines” between racial and religious groups and a need for Singaporeans to stand together to “fight and defend our place in the world”. SGSecure was noted as an initiative to ensure such harmony. It was not clear, however, if more hard security measures will be put in place. What is certain is that the emphasis seems to be on racial and religious integration.

Preparing the ground for a minority-race President

At this point, PM Lee switched to the need to ensure “good politics” to ensure Singaporeans are cohesive politically to prevent the likes of Brexit from happening, although he did not mention how such a situation was possible in Singapore.

PM Lee had earlier highlighted the differences in our racial and religious fabric, which also featured heavily in his Malay and Chinese speeches. This led conveniently into a need for a minority candidate for the elected Presidency. This was couched as a “reality of our multi-cultural society”, where he warned of a “weakening of our national identity”, hence a need for a minority President “from time to time” to uphold our “multi-racial ideal”.

He also pointed out the growing reserves and how the President need to have experience with the amount of money involved to do his job of safeguarding the reserves.

Following his recovery from his collapse on stage, PM Lee spoke about leadership updates. He announced that Finance Minister Heng Swee Keat is expected to be back in action soon, and have also appointed Lawrence Wong, Minister for National Development, to assist him in his duties.

While it is certainly good to hear that Heng is back in action, Wong’s appointment is less indicative of what entails for the PAP leadership.

“Divine discontent and wisdom to count our blessings”

The rest of PM Lee’s speech was dedicated to talking about national infrastructure projects, such as Jurong, Punggol, the redeveloped Paya Lebar airport, and the Tuas Megaport that have already been mentioned in earlier National Day Rallies.

He concluded his speech with a call for Singaporeans to continue the nation-building process, stay focused on the future and to keep striving for success.Follow us on Social Media