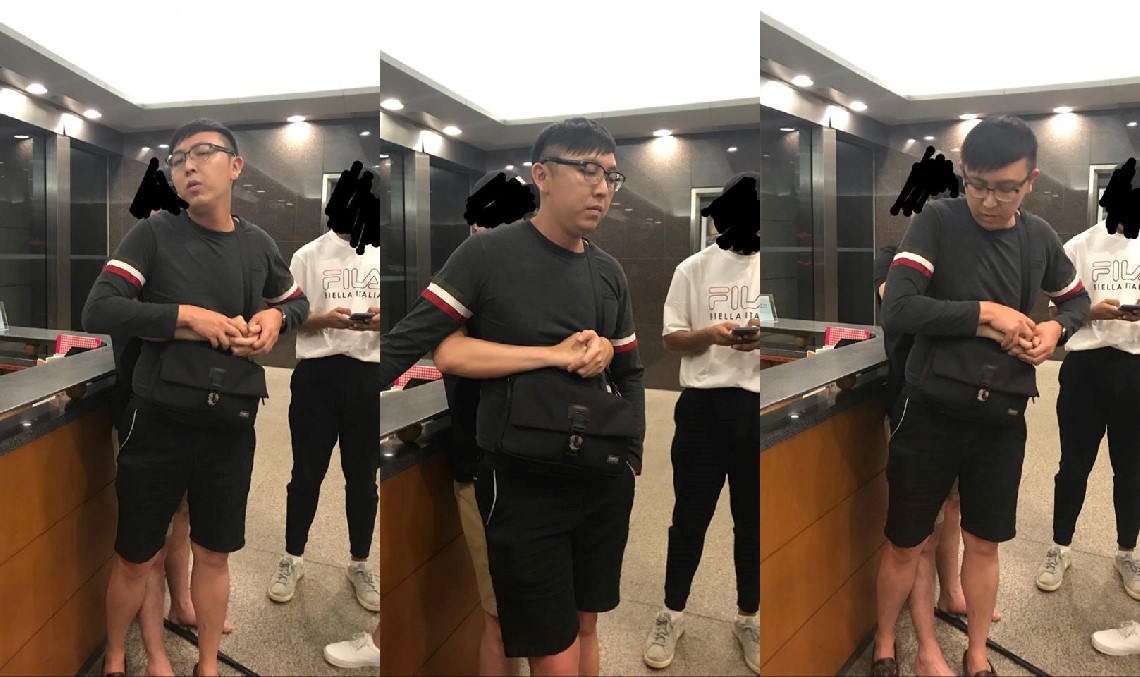 A pervert who hid in a female restroom cubicle at the NTUC Income building to peep at and film women undressing and peeing at a ladies washroom was caught red-handed by a group of Singaporeans using the washroom.

Revealing that the incident happened on Tuesday, Facebook user Emilia Chong took to Facebook the next day and shared that the man admitted to filming her and her friends while they used the washroom.

The culprit apparently tried to flee but was caught by a male friend waiting outside the washroom:

“Yesterday, me and my friends caught this man hiding in the female cubicle of W Junction Tampines ground floor toilet (NTUC income building, beside Tipsy Penguin). He was trying to video us peeing and was caught red-handed.

“He came out of the cubicle with us staring at him wide-eyed and immediately apologised saying “sorry sorry please give me a chance…i deleted YOUR videos already”. I am sure he was hiding there for at least an hour plus as 2 cubicles (total 3 cubicles, 1 was always under maintenance) were vacant when we went an hour ago.

“Naturally, we weren’t about to let him go. We demanded his phone and we tried to call the police. That’s when he manhandled one of us and rushed to escape. Luckily one of our guy friends was waiting outside for us to be done and we managed to successfully apprehend the perv with the help of two bystanders.”

Emilia and her friends called the police and waited until officers arrived. While they waited, Emilia found over 10 obscene videos of unsuspecting women undressing and using the washroom on the man’s phone. She added that the man kept “apologising non-stop and he even said MERRY CHRISTMAS.”

Emilia also expressed surprise that the police did not immediately make an arrest when they arrived at the scene and instead proceeded to view the surveillance footage.

She further alleged that the officers did not ask her or her friends whether they were okay and that one officer suggested that the culprit could be let free with a warning, “depending on the IO”.

“We made a police report. I took his phone and look through his gallery. The Perv had recorded MORE THAN 10 videos of girls undressing and peeing in the next cubicle. He was apologising non-stop and he even said MERRY CHRISTMAS. Yeah tell that to Jesus and ask him forgiveness BITCH. Wah you hoseh bo?

“When the police came and saw what happened instead of immediate arrest, they had to call other officers and rummage through the CCTV footage of the building. Finally an officer came and arrest him while we were asked to stay and provide statement. We stood around for half an hour or more before we decided to ask if they really needed our statements. They were just looking at CCTVs, the management wasnt being very cooperative either. okay protocol. I understand.

“And the police officers were really lacking in empathy when none of them asked if we were alright or whatsoever, and even asked if the accused ever confessed verbally that he was taking the videos. Like HELLO? We had hard evidence from his phone, CCTV footages and eye witnesses who heard him apologising about his actions and caught him red handed trying to record in the ladies bathroom. Not enough evidence meh? And to our horror, when we asked what would happen to him, the officer said depending on the IO, he could be let off with just a warning. (i will update on this later though)”

“Honestly, Is this the message we are trying to send to all perverts across the country? That’s the first step to emboldening and endorsing their behaviour. Do we really have to wait till something major happens and then we take action? Who is going to be responsible for our trauma and the mentally stressed situation that happened to us and all the victims? Yeah it may seem like NOTHING but try being in this situation. I am so sick of these perverts who think it is totally fine to do such things and get the fuck away with it.

“Ladies, please beware of your surroundings, especially quiet toilets. It can happen to me, it can happen to any one of us. AND please ah dont say girls must always go toilet together.”

Emilia has since updated that the police have contacted her and that they are proceeding with forensic investigations. Read her post in full here: