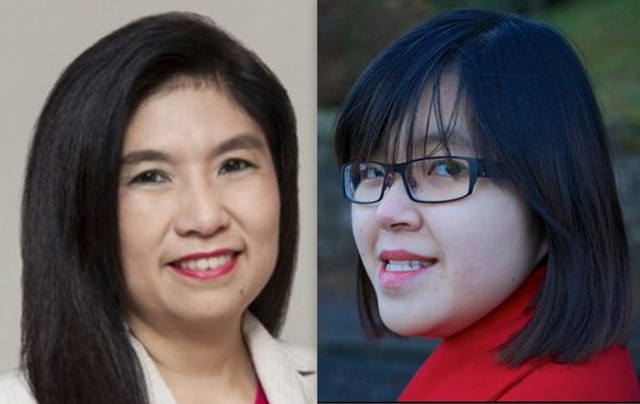 An anti-death penalty activist and a lawyer who defended Kho Jabing are bearing the brunt of some netizens who have taken issue with them for defending a condemned criminal.
The activist Kirsten Han shared some of the abusive messages she had received in her Facebook and captioned them: “To add to my series of examples of how women receive a particular sort of abuse (online in this case, but also off) when people disagree with them:https://spuddings.net/putting-me-in-my-place-sexism-misogyn…
Context: this is the article they were reacting to –http://m.themalaymailonline.com/…/activist-roasted-on-faceb…”

In responding to messages of comfort and support of her friends and supporters to her post, Ms Han said: “Hey everyone, no need to be sorry, these things don’t bug me too much. My usual response to these threads is to just ignore them, but I feel like once in awhile they should be “documented” because I am really sure that if a man had written the sort of post I did, even if a ton of people disagreed with him there still probably wouldn’t be threads like this.”
Meanwhile lawyer Jeannette Chong-Aruldoss has been slammed by a Facebook user Chew Yee Teck Eric. It is believed that Mr Chew is a former colleague of Ms Chong-Aruldoss at Archilex Law Corporation and is a fellow-lawyer. Mr Chew is the co-Vice Chairperson of The Law Society of Singapore’s Alternative Dispute Resolution, and is also a holder of a public service medal (PBM).
In responding to Ms Chong-Aruldoss’ Facebook post in which she had pointed out a silly proposition that she had taken up Kho Jabing’s case because she wanted political mileage out of it, Mr Chew said:

In replying to Mr Chew, Mr James Aruldoss (Ms Chong-Aruldoss’ husband) jumped to his wife’s defense and said:
“Eric, you are a lawyer yourself, have you done anything for Jabing’s victim’s family? It’s easy for you to take pot shots, not knowing the circumstances fully. Kho Jabing’s family desperately pleaded for legal help to save their son, brother. They can’t afford any legal costs where most lawyers will turn down for reasons of costs, a criminal, possible negative publicity. However only a rare few will to uphold constitutional law and sanctity of life. Already a life is taken you don’t want another.
In an earlier Court of Appeal 5 Judge Ruling in 2014/2015, there was a split decision by the Judges and there was a doubt whether Jabing should deserve a death sentence. It was never about his guilt but about the appropriate sentence. That is to commute the death penalty to a life sentence with possible 24 strokes but not defending to free the criminal, after all he is a criminal and did a vicious crime. You are a lawyer go and check it out for yourself.”Follow us on Social Media