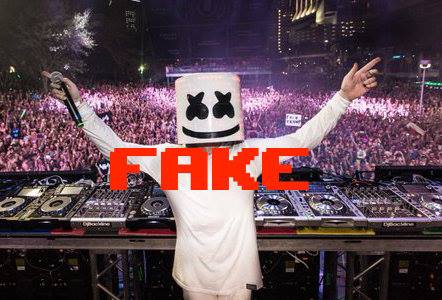 Zouk is no stranger to getting involved in bad publicity and upsetting Djs with a recent incident involving ALY & FILA having to cut their set short due to a ‘VIP’ guess wanting to DJ.

But this recent scandal takes the cake, apparently a fake DJ Marshmallow was hired to DJ the Ultra after party. Zouk’s very own resident DJ Jade Rasif, spoke up against this saying: “You cheated your audience, all the people who uploaded pictures with him thinking he was real. All the people who came to support you guys, you lied to. Integrity guys. integrity.”

She posted this tweet which was retweeted by the real DJ marshmallow saying: ”Super walked that you guys hired an impostor to perform as marshmallow . Respect to DJ Jade Rasif.

It is pretty sad to see our homegrown club that is suppose to be the 6th best in the world pull a stunt like this.

Some people voiced their discontent in the comment section of Zouk’s next up coming act Showtek.

Zouk has clarified about the incident in their Facebook.

“On 10 Sep 2016, there was a guest dressed up in a mascot outfit similar to DJ Marshmello’s that visited Zouk. We would like to take the opportunity to clarify that he was not hired by Zouk Singapore as a mascot or to DJ and we apologise for any confusion caused. We have always encouraged our guests to be creative and fun-loving, and it was never our intention to mislead guests at the club or be disrespectful.

As part of our communications, Zouk has always issued official announcements in the lead up to performances of guest artiste that we have hired. We would like to give the assurance to all our guests that Zouk has valued and will continue to value the importance of respecting the industry, our fellow artists, customers, and their interests.”

Murali Pillai brings up the cost residents would have to bear...

4 main reasons why Singapore has one of the lowest death...