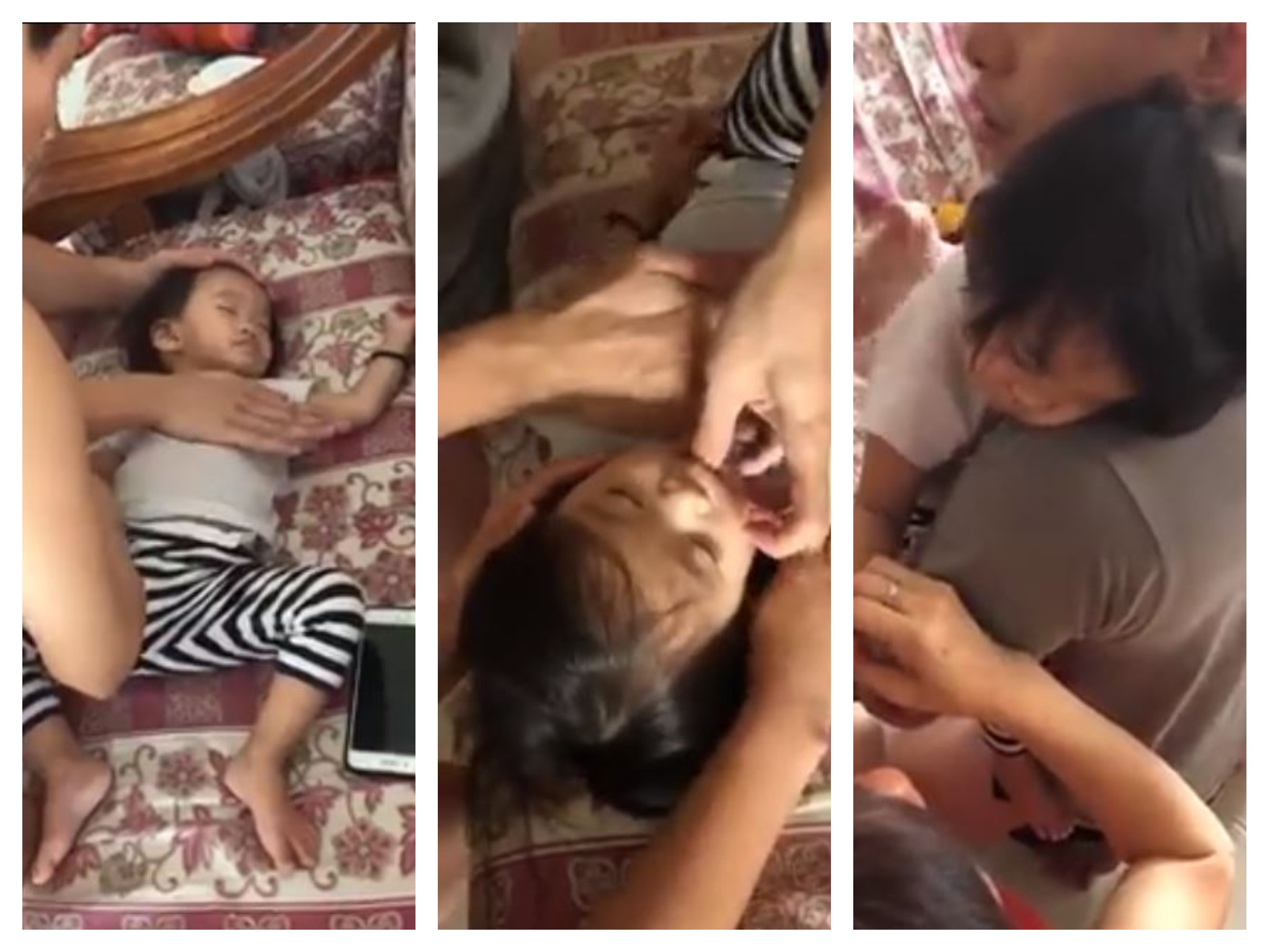 A mother has taken to Facebook to complain that a doctor at KK Women and Children’s Hospital did not provide adequate medical attention to her daughter, resulting in the child becoming unconscious and unresponsive the very next morning.

Concerned parents Tricia Ang and Warren Lim had taken one of their four daughters to KKH. Since the hospital was busy, the family waited for 3-4 hours just to see the doctor, a Dr Peter Wong, who told them their child’s condition is not serious and asked them to wait for another 2-3 hours.

The Lim family appear to have taken the doctor’s advice and returned home. However, at 11am this morning, their daughter fell unconscious and unresponsive.

The child’s mother excoriated the doctor and posted videos of a man, appearing to be her husband, trying to revive their child by performing CPR. Ang indicated that her daughter recovered when paramedics arrived.