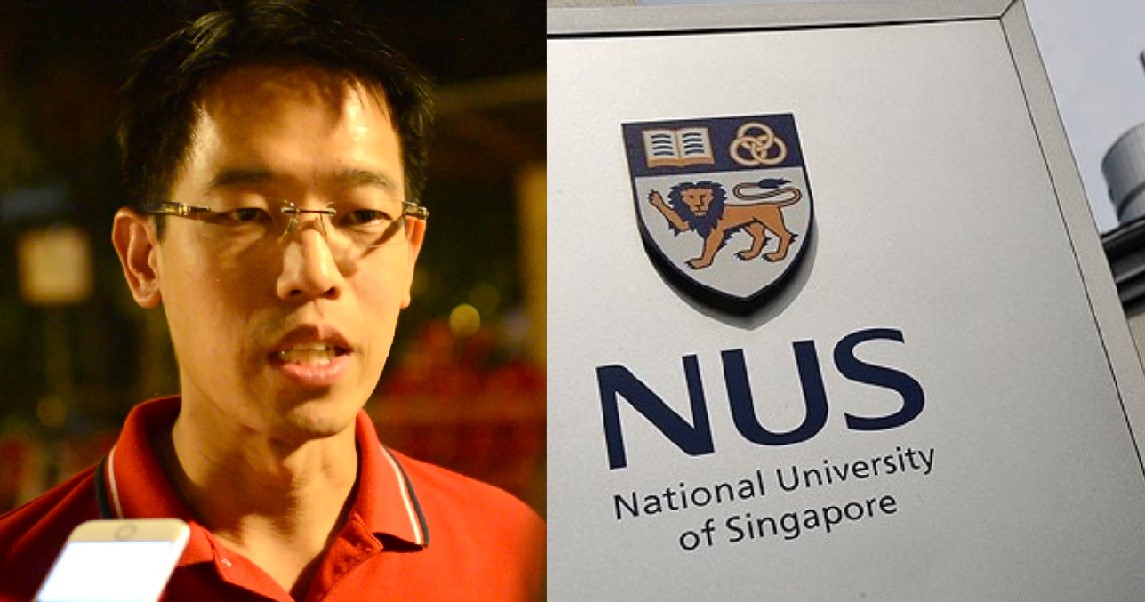 The Singapore Police Force (SPF) has responded to mounting criticism over the punishment meted out to the voyeur involved in the National University of Singapore (NUS) sexual misconduct case and has said that a permanent criminal record and a possible jail sentence could have entirely ruined the perpetrator’s future.

Last week, NUS student Monica Baey revealed that a voyeur filmed her without her consent and knowledge while she was taking a shower at NUS’ Eusoff Hall. The perpetrator, 23-year-old Lim Jun Kai, was given a one-term suspension, a 12-month conditional (sentence) warning and ordered to make a written apology to the victim.

The way the case was handled drew intense flak on social media. Several netizens called on the authorities to mete out stiffer punishments against Lim, especially since another voyeur who recorded women showering at Republic Polytechnic in 2016 received a ten-week jail term.

“From here on, for offences that affect the safety of students on campus, we have to take a tough stand, and send a strong signal to everyone. Two strikes and you are out cannot be the standard application. NUS has to make its campus safe for all students, especially female students.”

Workers’ Party member Gerald Giam also weighed in on the issue and indicated that ministers like Ong should take a tougher stand instead of berating NUS as he criticised the authorities for not acting and pushing the blame on to NUS.

In a Facebook post published today, the former Non-Constituency Member of Parliament (NCMP) asserted that he was baffled by the way the case was handled and how the focus is on NUS instead of government action. He wrote:

“The 12-month conditional warning for what is clearly outrage of modesty is what’s “manifestly inadequate”. I am baffled that the discussion on local media is centered on whether NUS should take a “tougher stand”.

“If this man committed the same offence in an MRT toilet, will the public prosecutor issue just a warning and then ask the distraught victim to “go to SMRT and push for action”?

“Will a government minister be calling up the SMRT chairman to berate him about why “two strikes and you’re out cannot be the standard application” for outrage of modesty in MRT stations?

“Will local newspapers splash photos of the victim grabbed from her Insta account yet hide the name and photo of the perpetrator? This is wrong on so many levels.”

The police have since released a statement on the case. It defended the 12-month conditional warning as one that was appropriate in this case, as it noted that “a prosecution, with a possible jail sentence, will, likely ruin his entire future, with a permanent criminal record.”

Read the statement in full here:

“There have been public discussions regarding the 12-month conditional warning given to a 23-year-old male National University of Singapore (NUS) undergraduate who had committed criminal trespass and insulted the modesty of a female undergraduate at the NUS.

“There are two factors (which are both inter-related and yet separate): the first relates to rules to ensure that premises like NUS provide a safe environment, and the second relates to criminal prosecution.

“On the first, Police understand that NUS is reviewing its rules, on how such conduct is to be treated.

“On the second issue: Police and AGC understand public concerns, on ensuring that our laws and enforcement provide sufficient protection for potential victims, and sufficient deterrence against would-be offenders.

“That is the approach that Police and AGC take.

“In deciding whether to recommend prosecution for a criminal offence, a number of factors are considered by Police in each case, including the age of the accused, the likelihood of reoffending/rehabilitation, the extent of remorse shown, whether there are aggravating factors (for example, like circulation of the offending images).

“In this case, the accused was assessed to have a high likelihood of rehabilitation, and was remorseful. There were also additional factors relating to his conduct which were relevant, such as the absence of other obscene materials in any of his devices.

“A prosecution, with a possible jail sentence, will, likely ruin his entire future, with a permanent criminal record. Taking into account these factors, he was given a conditional warning, which means that if he commits any other criminal offence within 12 months, he will be liable to be prosecuted for both this current offence and the subsequent other offence.

“He will then likely face a jail sentence.

“Our criminal justice system seeks to temper punishment and deterrence, with giving offenders a second chance to reform, based on assessment of the relevant factors.

“The approach in this case is consistent with the approach taken in other cases.

“There have been a number of similar cases, where such conditional warnings have been given.

“Where other relevant factors are involved, for example, a prior criminal record, premeditation to evade detection, there will often be a prosecution.

“Allegations that the man was not prosecuted because he has influential parents are untrue – the Police and AGC did not consider his parents’ background.

“Such factors are irrelevant considerations.

“It is unfortunate that such untruths have been put out.

“The man’s parents have agreed for it to be disclosed that his father is a driver in the public transport sector and his mother is a housewife.

“The Police are also aware of comparisons being made between this case and a 2015 case involving a 23-year-old man who was charged and sentenced to 10 weeks’ imprisonment for filming a woman showering at Republic Polytechnic (RP).

“The accused in the RP case had committed multiple criminal trespass offences, taken deliberate action to avoid detection by covering up the CCTVs in the vicinity and covering his face with a towel, and did not own up voluntarily but was arrested following Police investigations to track him down.

“He was a former student of RP and had committed the offences over a period of four months. As such, the Police, in consultation with the AGC, prosecuted him in court.

“The facts in that case are quite different.”