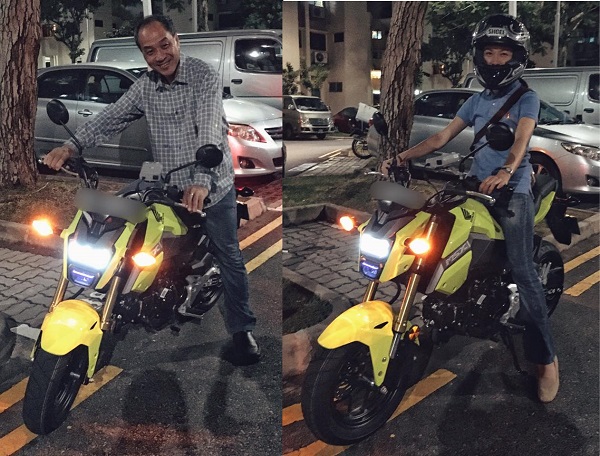 Yesterday morning, WP candidate Cheryl Denise Loh posted a photo of her new motorcycle on Facebook with a brief commentary on the current COE prices of motorcycles.

She said that the COE for her bike was “exorbitant [and] costs more than the motorcycle!” before recounting how a colleague of hers has pushed for the “abolition or review” of COE for Class 2B motorcycles.

Earlier in Apr, Muhammad Faisal had said that “Many Singaporeans utiltise their lower capacity motorcycles for work and to feed their families” and the “review will be a much-needed boost to them, especially in a weakening economy”.

It would seem that this is closely intertwined with the ground, as described by James Lim in a Facebook post which went viral last year:

One person TISG spoke to was Ryan Keith Smith, an Associate Engineer in his 30s whose work requires him to travel to 4 different sites all over Singapore.

He says that his bike-owning friends are typically those who “usually require that mobility but without the financial ability to use taxi much less owning a car”.

With his COE will be expiring later this year, he has become amongst the many who bemoans the high COE prices.

Without a bike, his “mobility [and] flexibility during and after work” will be greatly affected as he has a young son who has to be sent and picked up from childcare.