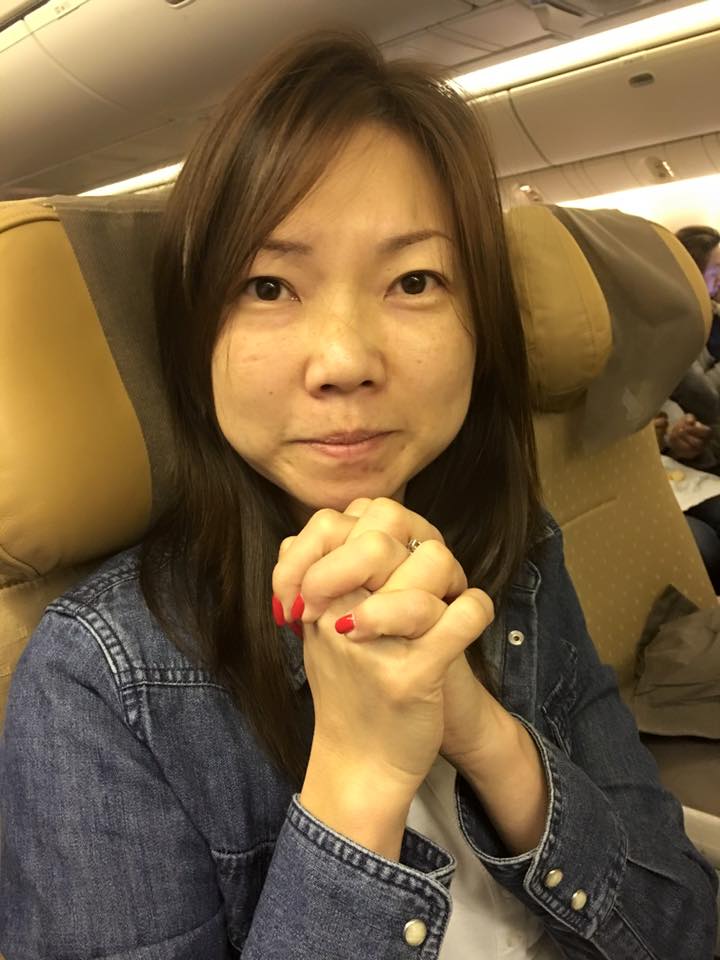 One of the first passengers to share a video of an SIA flight’s engine going up in flames yesterday was Lee Bee Yee. She shared the video on her online store’s Facebook page, and claimed, “I just escaped death!!!!”.

All mainstream media interviewed her to better understand what happened in the minutes after Singapore Airlines flight (SQ 368) bound for Milan returned to Changi Airport, when its engine burst into flames upon touch down.
One hawk-eyed Forumer has spotted that the Lee Bee Yee mentioned in the mainstream media reports could be the same Lee Bee Yee who was prosecuted for failing to declare and pay GST on the 195 handbags and wallets she had purchased overseas.

Other HWZ forumers wondered if Lee was on her way to Milan again to stock up on more tax-free luxury handbags and wallets (link: http://forums.hardwarezone.com.sg/eat-drink-man-woman-16/%5Bbk%5D-sinkie-who-evade-gst-sabo-rest-us-peasants-5404618.html)
Lee paid for her crimes two years ago, and according to Singapore Customs, this was what happened:
“Lee Bee Yee, 43, was prosecuted for failing to declare and pay GST on the 195 handbags and wallets she had purchased overseas. Lee had hand-carried the bags and wallets into Singapore on four occasions. She had also under-declared the values of another 201 handbags and wallets imported via parcel post on 11 occasions. The total GST evaded exceeded $12,000. Lee was sentenced by the State Courts to a fine of $23,000 on 6 November 2014.”
Lee’s Facebook page for her online store has about 14,000 likes.Follow us on Social Media