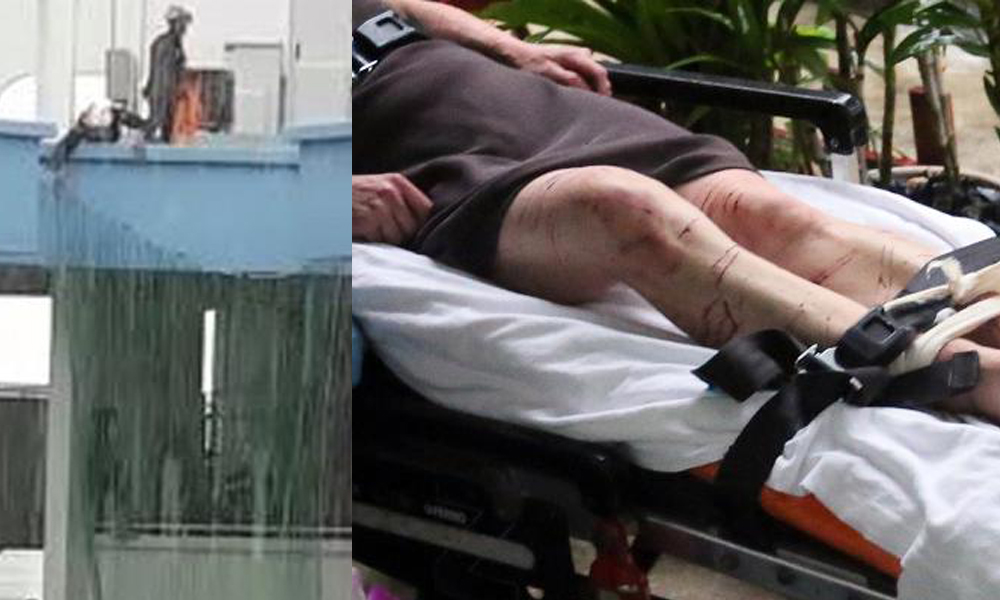 A woman slashed herself more than 30 times on her arms and legs while dangling from the 11th floor parapet of Block 289 Yishun Avenue 6 yesterday afternoon, around 2.30pm, during a particularly heavy downpour.

When officers from the Singapore Police Force and the Singapore Civil Defense Force tried to approach the woman, she waved to 20cm-long kitchen knife she was holding before threatening them to back away.

The alarming incident was caught on camera by bystanders:

An eyewitness identified the woman as 45-year-old Cai Li Li and told the Chinese daily that the woman had had a heated quarrel with a man believed to be her husband shortly before she mounted the parapet and began cutting herself. The eyewitness added that Cai Li Li was screaming from time to time during the episode.

SCDF officers used a safety net and successfully rescued Cai Li Li. Bystanders saw dozens of self-inflicted wounds on Cai Li Li’s arms and legs as she was transferred into an ambulance.