The Independent News
Home News Woman hits 9-year-old nephew, burns him with lighters and dangles him out...

Woman hits 9-year-old nephew, burns him with lighters and dangles him out of 3rd-storey window 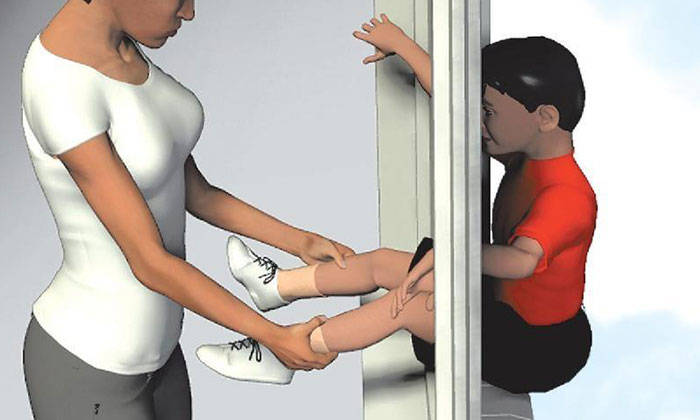 A 39-year-old mother of seven was sentenced to 10 months’ jail on Monday (22 Jan) after she pleaded guilty to one count of child intimidation and abuse committed against her 9-year-old nephew who was living with her.

According to the Chinese daily, the boy – a primary 4 student – was living with his aunt as his parents were in jail due to drug-related offenses. One day, on 3 Feb 2017, the boy spotted his aunt heating up a white powder and inhaling the vapour.

Afraid that he would be beaten, the child ran out of the house but was found by his aunt later that night and was brought back home.

The enraged aunt made the child kneel by the door as she continued using drugs. Three of her own children were home at the time.

The aunt then approached the child and carried him into the kitchen where she grabbed both his legs and dangled him outside the 3rd-storey window. The boy’s upper body was entirely out of the window and the terriefied child tightly held on to a laundry rack and begged his aunt for mercy.

The aunt pulled the boy in, only to hit him on his head with an aluminium laundry pole and a bamboo scratcher. She then slapped the child’s elbow and left foot, before burning him with a gas lighter.

The boy confessed what had happened to a teacher when she discovered wounds on the child.

She also slapped his elbow and left foot, while using a gas lighter to burn him.

After the incident, the boy’s teacher discovered the wounds on the boy and asked him how he had gotten them. A subsequent medical report showed that the child suffered multiple bruises on many parts of his body, besides bearing scars on his head and neck.

The accused’s lawyer said that his client had been under tremendous stress during the time of the incident as caring for her seven children and the boy had taken a toll on her.

He added that the his client’s husband was working and so she had to manage the children and her home on her own, besides revealing that the accused had given birth to her youngest child just two months before the incident.

The defense lawyer further added that the accused was deeply remorseful for her actions and that she knows she must keep her emotions in check.