Woman from PRC scolds Singaporean that this is not our land 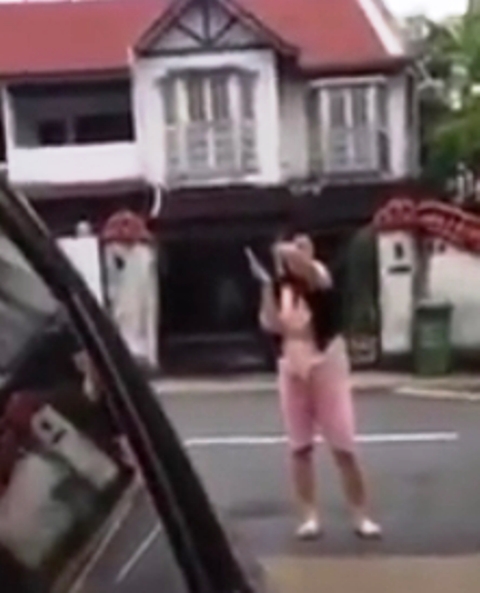 The Facebook Page Talk Cock Singapore shared a video of a woman, which is claims is from the People’s Republic of China (PRC) scolding another woman in an area of landed properties. It is unclear what the dispute was about or when the incident happened, but the video was uploaded yesterday.

The Page captioned the video: “PRC tiong scold Singaporean say this is not our land and tell us it is her superior tiong right to stay in Singapore as long as she wants. What do you think?”

The video has sparked outrage among many people who commented on the video.

Facebook user Mohamad Zain Mohamad Tawil commented on the video saying: “This is the problem,when you give space to these people, and one day they say it’s their’s. Thanks to Malays who give space and give away their land ( for development of Singapore ) and please Singaporean don’t forget to remind your children the sacrifice made. Don’t be like this woman and don’t be ungrateful like the Zionist.”

This is not the first time people from the PRC has lashed out at locals. In Sep 2014 another video of a woman lashing out at her Singaporean neighbour also went viral.
[fvplayer src=”http://youtube.com/watch?v=eMT24ukTKHw”]