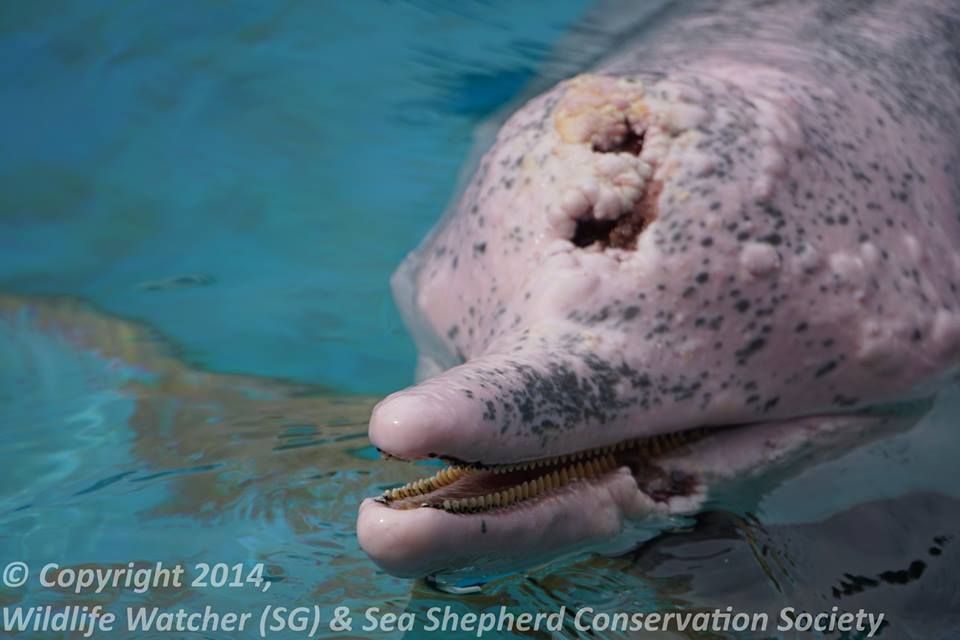 Underwater World Singapore (UWS) recently announced that it will be closing operations by 26 June and have sent its pink dolphins, fur seals and otters to the Chimelong Ocean Kingdom in Zhuhai, China.
The decision came as the lease on the Sentosa attraction was expiring in less than two years. UWS, owned by Haw Par Corporation, also indicated stiff competition from Resorts World Sentosa, which also has a dolphin attraction.
Both attractions had faced allegations of animal cruelty from local and international animal welfare groups.
The decision by UWS to move the animals has raised some eyebrows on social media and animal rights activists, with some calling into question China’s and Chimelong’s track record of animal welfare.
UWS has not specified how they determined the suitability of Chimelong Ocean Kingdom, only that it is “one of the finest facilities in the world and a strong staff with expertise in marine mammal veterinary and husbandry care, as well as an active breeding and conservation programme”.
UWS also said that the move for the animals was “approved by the authorities in Singapore and China and the animals were relocated last week”. The Agri-food and Veterinary Authority (AVA) also had officers present during the move “to safeguard the welfare of the animals”.


Mr Louis Ng, chief executive of ACRES, pointed out a need for UWS to provide more clarity on the move and their justification for doing so.
“We prefer if animals are relocated to local facilities since transport is stressful,” he told TISG. “Where it is necessary to transport the animals, it should be to sanctuaries where they can retire or be released back into the wild.”
Sea Shepherd’s Singapore coordinator Mr James Chua told media that UWS should have consulted animal rights groups first on a rehabilitation and release programmes, “but, obviously, it’s more of a profit-making decision.”
UWS has also not specified how the transportation was done or if specific care would be taken to ensure the safety and comfort of the animals, only that it was “co-developed by animal experts” and that the move was “smooth”.
“UWS needs to clarify whether the dolphins survived the transport and how they will be used at the China facility,” pointed out Mr Ng. “Considering that some of the dolphins are so old, in terms of both animal welfare and conservation, was it justifiable to move them to China?”
There are known resident populations of dolphins and otters in Singapore. UWS has not indicated if they have studied the possibility of reintroducing these species into our local waters.
UWS also keeps other species, such as sea turtles, marine fish and bottom-dwellers, but have not indicated what have or would become of these other animals.
UWS’ pink dolphins are a species listed on the Convention on International Trade in Endangered Species (CITES).Follow us on Social Media