The Independent Singapore News
International World Will Trump be America's 3rd president to be impeached?

Will Trump be America’s 3rd president to be impeached? 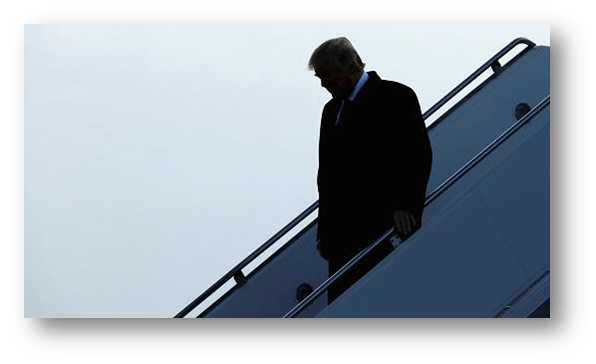 Trump’s presidency is one plagued with controversy from the outset. Following several political scandals, calls for his impeachment has increased in volume.

The focal point in calls for impeachment involves Russia’s ties with Trump’s 2016 presidential campaign. The US government has claimed that Russia intervened in the 2016 election, and close associates of Trump had multiple contact with Russian officials during  the campaign period. Calls of impeachment generally cite Trump’s attempt at hindering investigations into his campaign ties with Russia, such as the sudden firing of FBI director James Comey. Comey’s firing ignited unrest in Congress regarding the FBI’s ongoing investigation into Trump’s campaign ties with Russia. In light of this series of incidents, 57 per cent of Americans expressed unhappiness with Trump’s performance, and Trump’s approval rating has declined to the lowest point in two months.

Talks of impeachment within Congress

Calls for impeachment of the president have also begun within Congress. On May 17, Democratic representative Al Green called for Trump’s impeachment. He is the first member of Congress to officially request changes against the president from the House floor. “This is where I stand. I will not be moved. The President must be impeached,” he told fellow representatives in Congress.

Likelihood of Trump’s impeachment according to online betting sites

Online betting sites have been taking bets on whether Trump will be impeached. According to these websites, Trump’s impeachment is now more likely than ever. Following serious backlash to Trump’s firing of Comey, Trump’s odds of impeachment rose 27 per cent on the New Zealander website PredictIt. In the past week, the likelihood of Trump retaining his presidency at the end of the year has fallen from 87 per cent to 69 per cent.

Another betting website from UK, Paddy Power, is taking bets on the reasons for Trump’s impeachment. Bettors have identified the most likely reason as treason, followed by tax evasion, perjury and bribery. According to Paddy Power, bets on the likelihood of Trump losing his presidency has surged recently, drawing in more than USD 270 000 in wagers.

How does American presidential impeachment work?

While impeachment does not guarantee the removal of the president from office, it is the first step towards removing the president. Only the House of Representatives has the right to press impeachment charges against high officials in government.

The impeachment and subsequent removal of a president in the US is a systematic process:

Historical instances of US presidential impeachment

Only two presidents have ever been impeached in American history: Bill Clinton and Richard Lyndon B. Johnson. However, in both cases, the impeached presidents were not removed from office, as they were subsequently absolved by the Senate.

Following the notorious Watergate Scandal, Richard Nixon avoided impeachment because he resigned before the process could be completed. However, many believe that he would have been impeached and removed from office had he not resigned in time.

Will Trump be impeached?

Presently, experts still deem impeachment to be rather unlikely. Economist Krishna Guha stated that “categorical proof of an intent to obstruct justice is not easily proven, in particular in the political arena.” Global strategist Greg Valliere also argues that in the event of an impeachment vote, Trump would likely have sufficient Republican support to escape impeachment.

Among the American public,  more Americans support the president’s impeachment  than oppose it. According to a poll conducted by polling company Public Policy Polling, 48 per cent supported Trump’s impeachment while 41 per cent opposed it.

As such, predictions of Trump’s impeachment remain mixed and inconclusive. However, for a nation which has had only two instances of impeachment in its 241 years of history, Trump finds himself treading on thin ice as he faces the dangerous prospect of becoming America’s third impeached president.Follow us on Social Media