The Independent Singapore News
Home News Featured News Will crypto, IoT and smart contracts be the solution to a cashless...

Will crypto, IoT and smart contracts be the solution to a cashless Singapore? 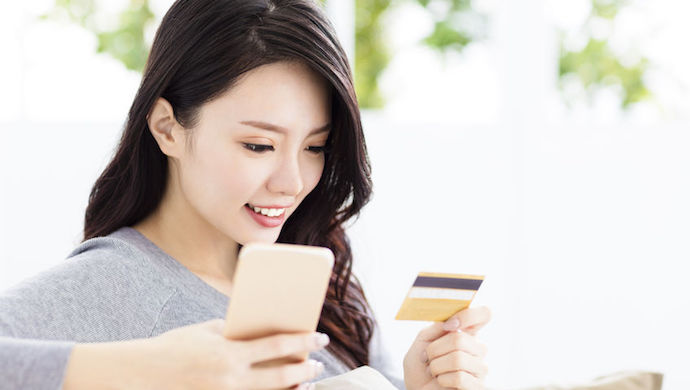 Going cashless goes beyond just getting rid of actual cash

Singapore is going cashless, and some think that’s a bad thing. After all, with the informal sector still being heavily reliant on cash – think hawkers and other similar industries – there is still no substitute for the cold cash in your pocket when buying food or doing other transactions.

India as an example?

The recent demonetization in India affected more than 80 percent of cash currently in circulation at that time. While the aim for the government in India was to put an end to “black money” or laundered money, there are mixed feelings about its effect among the country’s billion-plus populace.

For one, the sudden shift has reportedly made it difficult for the country’s unbanked and underbanked to transact, when demonetization was first announced. Second, those hoarding money illegally still found ways to get around the banking limits for exchanging their old bills.

Demonetization presented a big opportunity for technology startups dealing with electronic payments. At some point, PayTM was processing half a million new signups on a daily basis compared to its usual tens of thousands, thus growing its user base by 70 per cent to 160 million in just a month.

Also read: Singapore is making cashless payments a key to its Smart Nation, and this is a mistake

But in a nation with 300 million smartphone users and around 450 million internet users, getting people to switch to internet-based payments has proven to be a challenge. In fact the Reserve Bank of India has reported that electronic money transactions have declined back to pre-demonetization levels with the population returning to their old ways of using cash.

“In the wake of demonetization, digital transactions have got a substantial push. While the period of observation is not sufficiently long to derive definitive conclusions, normalization of notes in circulation appears to be dampening the growth of digital transactions,” says a recent financial stability report published by the RBI on behalf of all financial regulators.

The challenge of using electronic money

With all its supposed conveniences, the challenge with electronic money is in how users can easily spend it. “Even if you can access your virtual funds from anywhere, there is no guarantee that it will be accepted for transactions,” says George Basiladze, co-founder at CryptoPay, a blockchain-powered startup that offers both a virtual and physical debit card for both online and offline transactions.

This is why the company has designed its cryptocurrency products around ease of payments. “Given that credit and debit cards are already a popular means of transacting both online and offline, we decided to design our product around something that is already working.”

Basiladze’s company offers both a wallet solution for cryptocurrencies like Ether and Bitcoin, and it lets users make payments from their debit cards, wherein the system automatically converts funds from the cryptocurrency wallet with little or no intervention. While the company already has a running and profitable product, it is raising additional capital through an ICO, in order to develop additional services such as a peer-to-peer financial services marketplace, all driven by blockchain tech.

There have been several proposals for a national e-payments service operator. For example, NetsPay, one of Singapore’s largest payments solution providers, is set to debut its electronic payment app in October. Meanwhile, Singapore- and US-based gaming company Razer has also laid out plans to rollout RazerPay, an e-payments solution and framework that will ensure interoperability of different platforms.

A unifying approach, such as what Razer is proposing, will ensure that even other payment platforms or providers can work with the system. However, what would be even more useful in a cashless environment is the inclusion of smart contracts.

Here is where blockchain technologies can thrive. With CryptoPay’s solution, as mentioned above, users can send and receive cryptocurrencies on a peer-to-peer basis, as well as pay traditional merchants by swiping their debit cards. More than that, with blockchain technologies, there is a potential to extend the capabilities of a cashless platform with smart contract capabilities.

For example, in Singapore, companies like Averspace are already exploring blockchain-based property contracts, currently for managing peer-to-peer property rentals. The company is seeking seed funding to support further development of its p2p platform.

Such smart contracts can be used to assign and transfer property ownership or handle property lease contracts. With a cashless environment, property acquisition or rentals can be paid through cryptocurrency like Bitcoin. A smart contract can even take care of all these in an automated fashion, say, sending X amount to your landlord whenever the date falls on a specified day of the month.

In conclusion: Going cashless goes beyond just getting rid of actual cash

To conclude, the idea of a smart nation goes beyond simply getting rid of cash as a payment mechanism. A smart nation should be able to connect things so that transactions become not just effortless and convenient, but also seamless and meaningful to its users. Through smart contracts and IoT, such transactions can be assigned some conditional value or logic, such that there is minimal user intervention. In return, those in charge can also more easily collect and analyze data to make its operations even more efficient.

The post Will crypto, IoT and smart contracts be the solution to a cashless Singapore? appeared first on e27.
Source: e27Follow us on Social Media