Home News Featured News Why WP will not join alliance

Why WP will not join alliance

The Singapore political scene received a jolt of excitement over the weekend when 7 opposition parties pledged to work towards an alliance.

However, as noted by observers, the most notable absentee from the group is the biggest opposition party in Singapore – the Workers’ Party (WP). This prompted some to call on the WP to join the coalition, and present a united front going into the next election, due by 2021.

But such calls ignore the concerns of the WP of such alliances, which its former secretary general, Low Thia Khiang, had expressed several times in public in the last few years.

Those concerns remain today, the same ones Mr Low highlighted 5 years ago.

“After the 1997 elections, the WP decided to go its own way,” Mr Low told a rally crowd during the Punggol East by-election in 2013. “Later, some opposition parties formed the Singapore Democratic Alliance. The WP also decided not to join them.” 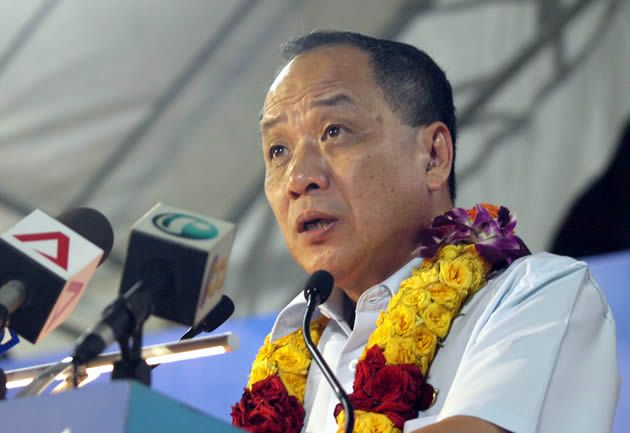 “All political parties have different directions and ideals, they won’t necessarily have the same views and approaches to policies. On the issue of what kind of opposition party is most beneficial for Singapore, the views are also divided. Therefore, given Singapore’s current political climate, to want all the opposition parties to form a unified force is an impossible goal.”

He explained that “the fear is that eventually, not only will they be unable to advance together, but they will splinter and become fragmented.”

“This kind of outcome will only make the people again lose faith in the opposition and become an impediment in Singapore’s democratic progress,” Mr Low said.

And it is for these reasons that the WP decided, after the 1997 general elections, to go it alone.

It is “a difficult path that has been criticized”, Mr Low said. “[But] this is not arrogance, nor is it a disrespect to other contestants, but is instead to avoid history repeating itself, to avoid disappointing the people again, to avoid unnecessarily hurting the people!”

The history he was referring to is the 2001 formation of the Singapore Democratic Alliance (SDA) under Mr Chiam See Tong’s Singapore People’s Party (SPP). Made up of 4 parties originally, it expanded to 5 later, but started to disintegrate from 2007 when the National Solidarity Party (NSP) left to go its own way. The SDA eventually collapsed in 2010 from internal disagreements over Mr Chiam’s intention to welcome the Reform Party into the alliance.

Mr Low revealed in 2015, during the election period, that he was under “a lot of pressure” to join the SDA in 2001, when he had just taken over the leadership in the WP from JB Jeyaretnam.

Mr Low resisted the pressure and decided to build up the WP on its own, to give Singaporeans a “credible choice”, he said.

“We built ourselves up and today, after 20 years, we are still talking about opposition unity,” he said at the WP’s first press conference to introduce its candidates for the General Election.

“WP has taken its own path and I believe that is the path on which we can build a credible party to offer Singaporeans a credible choice.”

The WP has since seen a leadership change, with Mr Low stepping down earlier this year, allowing Mr Pritam Singh to take the reins in the party; the party also saw a younger Central Executive Council installed.

Those close to the party whom The Independent (Singapore) spoke to, do not see WP changing its position on any opposition alliance, even under the new leadership.

The WP will still walk its own path, build up its own organisational capability, and let other parties do what they will.

“In  order for an electoral pact to happen, each party needs to build up its own organisation, and when there is a critical mass of capabilities and abilities across the different parties, then an electoral pact that is cognizant of the context leading up to the said election would be possible and effective,” said Mr Teo, a long-time party volunteer.

“In the context of a small country like Singapore, it is in fact more worthwhile to place resources into a few parties, to [build] on the basis of ideas, rather than structures and constructed unity,” he added.

Mr Teo believes that Dr Tan will be worse off, not better, in terms of his reputation and track record, if he led an opposition alliance of the 7 parties.

It would be better for the former PAP stalwart to join the WP, Mr Teo said. “This will be potent,” he explained. “If Tan Cheng Bock, and Low Thia Khiang, and Pritam comes together, we can possibly run multiple campaigns on different fronts… that is a breakthrough.”

But Mr Saifudin, another party faithful, does not agree.

He said it is doubtful that the WP would accept Dr Tan’s leadership as the WP’s own leadership is young and is undergoing renewal.

“They may think it’s backtracking by getting someone much older to lead them now,” Mr Saifudin said.

To Mr Tan, another party faithful, it “has little to do with whether such an alliance is to be headed up by someone previously from the PAP or not.”

“[It is] more about control and issues to do with having its fate tied in with those of the alliance’s other component parties and their leaders like Chee,” he said, referring to Dr Chee Soon Juan of the Singapore Democratic Party (SDP). Incidentally, the SDP was the other party, besides the WP, which declined Mr Chiam’s invitation to join the SDA in 2001. The SDP is now leading the call for Dr Tan to head the alliance.

Mr Tan felt that one Dr Tan leading an alliance would not be enough to achieve much.

“You need more than just Dr Tan alone, you need 5-10 with personal standings that are the equal of or greater than Dr Tan’s,” Mr Tan said.

Managing such a disparate team of opposition leaders and members will be no mean feat for Dr Tan, a 5-term Member of Parliament under the PAP banner.

“Having to manage the expectations, demands of a partner and even possibly their internal schism should there be one since the other smaller opposition parties tend to throw caution to the wind when it comes to their image and not airing dirty linen,” said Mr Saifudin, referring to some of the challenges Dr Tan will face.

Mr Saifudin also felt that the proposed alliance, even if it comes to fruition, will not last very long, given the age of Dr Tan, who is 78 and will be in his 80s after the next election. Without someone of the stature of Dr Tan, how will the alliance hold together? Even Mr Chiam, the most respected opposition leader in Singapore’s political history, could not hold the SDA together, with the first schism happening after only 5 years from the formation of the SDA.

“I don’t quite think an alliance with or without TCB is possible, observing their dynamics,” Mr Saifudin said of the 7-party opposition group. “A number of them [party leaders] had been part of but resigned from the parties they now are looking to work with.

“The immediate and biggest challenge is when they sit down and start discussing the coalition’s CEC and dividing the positions among them. Then they’ll fall apart, in my opinion, and not get past that stage.

“They’ll fall apart after a GE and be totally gone in a few years.”

With such uncertainty, going forward, the WP is wise to stand apart and stick to their go-it-alone plan, the WP faithful said.

Perhaps the biggest reason is the value of the 61-year old WP brand name and even the party logo which is the most recognisable symbol after the lightning bolt of the PAP, not to mention the formidable grassroots machinery it has built up the last 17 years under Mr Low.

“WP logo is one of the most distinct and well known of opposition brands and is very much a desperately held treasure and gem,” Mr Saifudin said, referring to the hammer symbol on the party flag.

The WP will thus not easily lend its name to any opposition alliance, especially when most of the potential component parties do not seem able to grow on their own. To align itself with these parties would drain the WP of its resources, thin out its efforts, and the WP would also have to shoulder a larger burden of carrying these parties along.

In short, perhaps the only reason which will make the WP join an alliance is if its chances of winning more seats are greatly increased by doing so.

At the moment, this would not be the case.

Through its own strategy, the WP has become the only party with a presence in Parliament – all the opposition MPs in the House wear the badge of the hammer.

WP would thus not risk all it has achieved by throwing its hat in with a shaky alliance of convenience.

Instead of looking to a saviour, perhaps the other parties only need to do what the WP has been doing – walking the ground, knocking on doors, thinking through policies, building organisational capacity, understanding the people’s needs and concerns, establishing internal party discipline, and have a viable long term strategy to take their respective parties forward.

It is admittedly painstaking, tedious, patient work, as the WP knows.

All the names of WP party faithful have been changed and pseudonyms were used. Follow us on Social Media