The Independent Singapore News
Home News Featured News Why must we lose to Singapore every time? Let's beat them at...

Why must we lose to Singapore every time? Let’s beat them at their own game: Malaysia Finance Minister 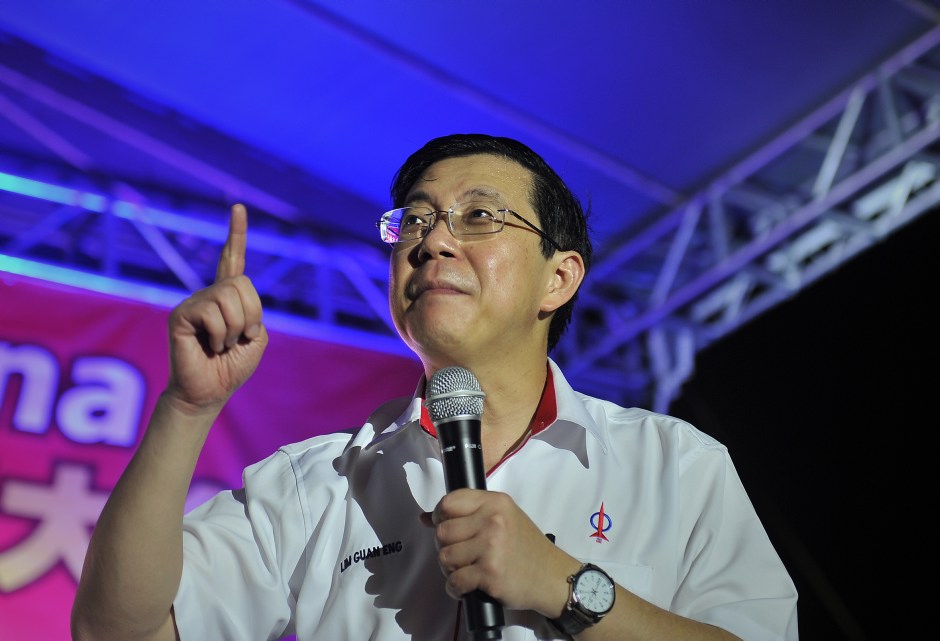 Malaysia’s new Finance Minister Lim Guan Eng told a group of entrepreneurs at the Malaysian Global Innovation & Creativity Centre’s (MaGIC) Global Accelerator Programme (GAP) this Tuesday that they can “beat Singapore at their own game” instead of “losing” to the little red dot “every time”.

According to Malaysian publication The Star, Lim shared that it is time Malaysia gave some economic competition to Singapore and that Malaysians must have a “can do spirit”. Lim is quoted as saying:

“For example, why must we lose to Singapore every time? Beat them at their own game, you can do it. Penang has beaten them many times.

“I’m not being anti-Singapore here but I’m just trying to motivate you that you can do it! After all if you look at Singapore, they use many of our people (talents).”

Noting that Singaporeans are good marketers who have claimed credit for dishes common to both Singapore and Malaysia, Lim added, “Chicken rice is theirs?…if you’re not careful fried kuay teow will also be theirs,” as the crowd laughed.

This is not the first time a member of Malaysia’s new ruling party has made jibes at Singapore, after the opposition coalition accomplished an unprecedented victory across the Causeway last month at the watershed Malaysia General Election, toppling the incumbent at the polls, breaking the Barisan Nasional’s six-decade long monopoly and ushering in Malaysia’s first transition of power since independence.

The man at the forefront of the stunning election upset, Prime Minister Dr Mahathir Mohamad, appeared to make a dig at the Singapore government last month.

Implying that the stunning election upset he led across the causeway may have a ripple effect in Singapore, in an interview with the Financial Times, Dr Mahathir said: “I think the people of Singapore, like the people in Malaysia, must be tired of having the same government, the same party since independence.”

More recently, the 92-year-old’s announcement that Malaysia is postponing the widely anticipated KL-Singapore High Speed Rail project has contributed to talk that the strained relations Singapore and Malaysia shared before Dr Mahathir retired and came back might return.

http://ww2.theindependent.sg/netizens-think-mahathir-has-no-right-to-interfere-with-singapores-politics/Follow us on Social Media