The Independent Singapore News
Home News Why is this man being dragged out of the MRT?

Why is this man being dragged out of the MRT? 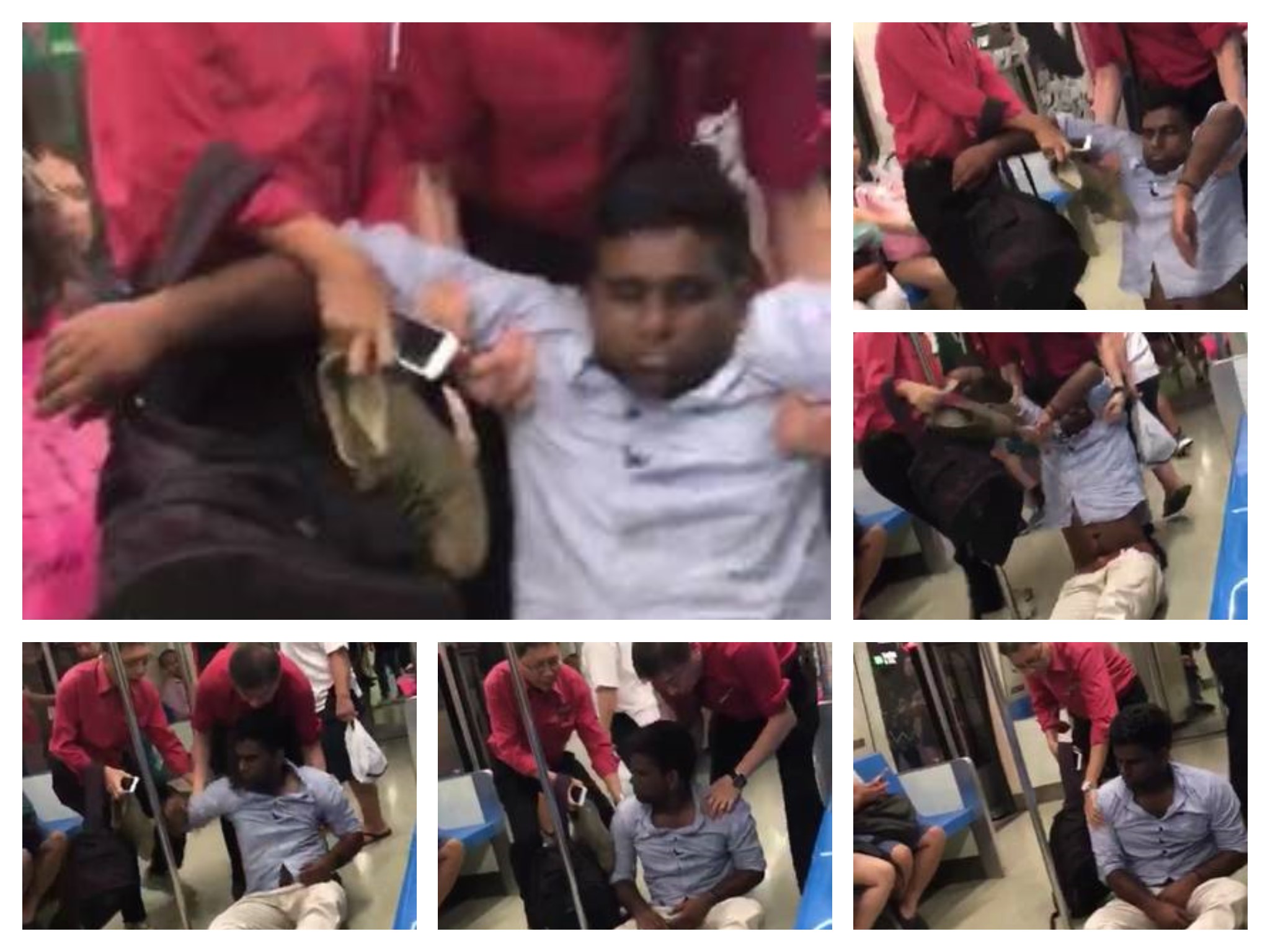 A commuter, only known as Joanne, was surprised to find a man sprawled on the seats of when she boarded an MRT train compartment at Aljunied going towards Pasir Ris on 10 Oct:

“I don’t know where he came from,” she told a local news site, “People looked uneasy and were avoiding him.”

Two SMRT staff boarded the compartment at Tampines MRT Station around 11pm, and proceeded to try to get the man to exit the train. Footage from the incident shows the men having to pull the man up as he appears to have trouble standing:

One of the staff members were even spotted carrying the man’s bag and shoes.

The man subsequently exited the train after some time.

Interestingly, SMRT declined to comment on the matter when contacted by reporters.Follow us on Social Media