Why I support a Second Referendum 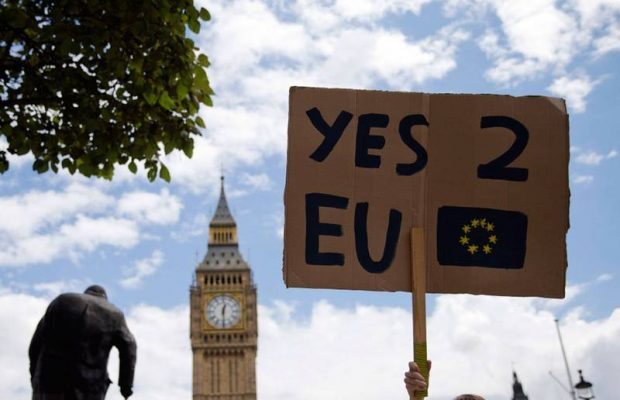 By: Tan Wah Piow
Britain is split – between social classes, regions and age groups.
For the under-25s, the majority of whom who voted for Remain, felt betrayed by the over-60s, the majority of whom were for Leave. As one young under-graduate wrote “my generation is now denied the right to live and work in 27 other countries”.
The overwhelming majority in London and Scotland who voted for Remain felt disenfranchised by this democratic process, robbed of their rights in a bigger Union by the rest of the country. Hence the Scottish First Minister is talking about the will of her people to want to be part of Europe. And Northern Ireland, who favoured EU membership, are now thinking of reunification with the Irish Republic which is part of the EU.
While politicians in the Leave camp celebrate their victory and the Conservatives in the Leave camp start jostling for position in the post-Cameron government, the pensioners who voted Leave, and others with mortgages are beginning to worry about their finance as the pound and shares take the hit worldwide, while recession looms in the horizon.
Champions of the Leave who hitherto dismissed the warnings of various economists, the IMF, World Banks as fear mongers are remarkably quiet. “No rush” to negotiate for leave, said Boris Johnson who can’t wait to enter Downing Street. Others who bragged about diverting the fictitious £350 million per week contribution to the EU to the Health Service have now denied making such a promise, or that they did not literally meant what they had said during the campaign.
With some major banks announcing the relocation of some of their staff to Europe and the down grading of Britain’s credit rating, Michael Heseltine, the former deputy PM under Thatcher, and a one-nation conservative called for the unimaginable – a fight back by Parliament against the Leave advocates. Heseltine has called for a second referendum. After all, only 100 of the 600 MPs are for Leave, he argued. Heseltine has no political ambition, hence his call may trigger some rethinking amongst those who voted Leave.
As Britain does not have a written Constitution, and there is no comparable convention, theoretically everything is possible since Parliament is supreme. The decision to hold this recent Referendum was decided as a political expediency by Cameron to settle the split within his party over Europe. He called the referendum soon after entering Downing Street in May 2015 without defining the percentage of votes required to qualify a binding decision, or a plan-b if the people voted Leave. Cameron was too complacent that Leave would not be credible. And so did the opposition Labour part and the trade unions.
It takes a senior politician of Michael Heseltine’s standing to be credible and brave enough to raise this proposition. Others are following such as Richard Branson. There is now a petition to Parliament signed by four million people calling for a Second referendum.
At first glance, the proposition appears to be at odds with the democratic will of the voters. Heseltine’s argument is that the referendum is only a recommendation, and the majority of parliamentarians are against leaving the EU. Technically Heseltine is right, although morally his views will be difficult to defend politically to a public who are tired of established politicians from whichever camp.
Of course hardline ideological Brexiters and those who had politically planned their political career through Brexit would fight tooth and nail against a second referendum. It is not a happy situation for democracy, and certainly a difficult decision for the 500 pro-Remain MPs. Some, especially those in the Conservative party, may not be reselected as MPs by their respective local party who might be Brexiters. This is a time when political courage is needed for the greater good.
There is at least a legitimate democratic process in the UK to negotiate through this mega conundrum. It depends on the will of parliamentarians. In other less democratic country, the impasse might have already triggered a military coup, and arrests.
If there were a second referendum, I would think there’s a need to raise the threshold of a valid decision to two-third of the voters, and this should also be reflected in England, Scotland, Wales, and Ireland. There’s also a need to lower the eligible voters to 16 years as was the case during the Scottish referendum on independence. In Scotland it was demonstrated that the young were able to exercise their vote responsibly during the Scottish referendum over independence. Contrary to prediction, they voted against separation from the UK.
A second referendum is not an ideal solution, but a necessary one. The unique features in this referendum, and the context of a second referendum, if one materialises, would be fact sensitive. Should there be a second referendum, It should not, although it certainly would, be used as the precedent, and excuse by authoritarian regimes elsewhere to subvert the democratic will of the people. But this is not a problem we need to worry about at this stage.
A call for a second referendum is not intended to subvert the democratic process, but a necessary legitimate action to rectify the flaws in the first referendum. Although Cameron announced yesterday that a second referendum is “not remotely on the cards”, parliament is now obliged to debate over it once it exceeds 100,000 signatories.
Embarrassing for an old democracy, but if it works, it’s ok.Follow us on Social Media