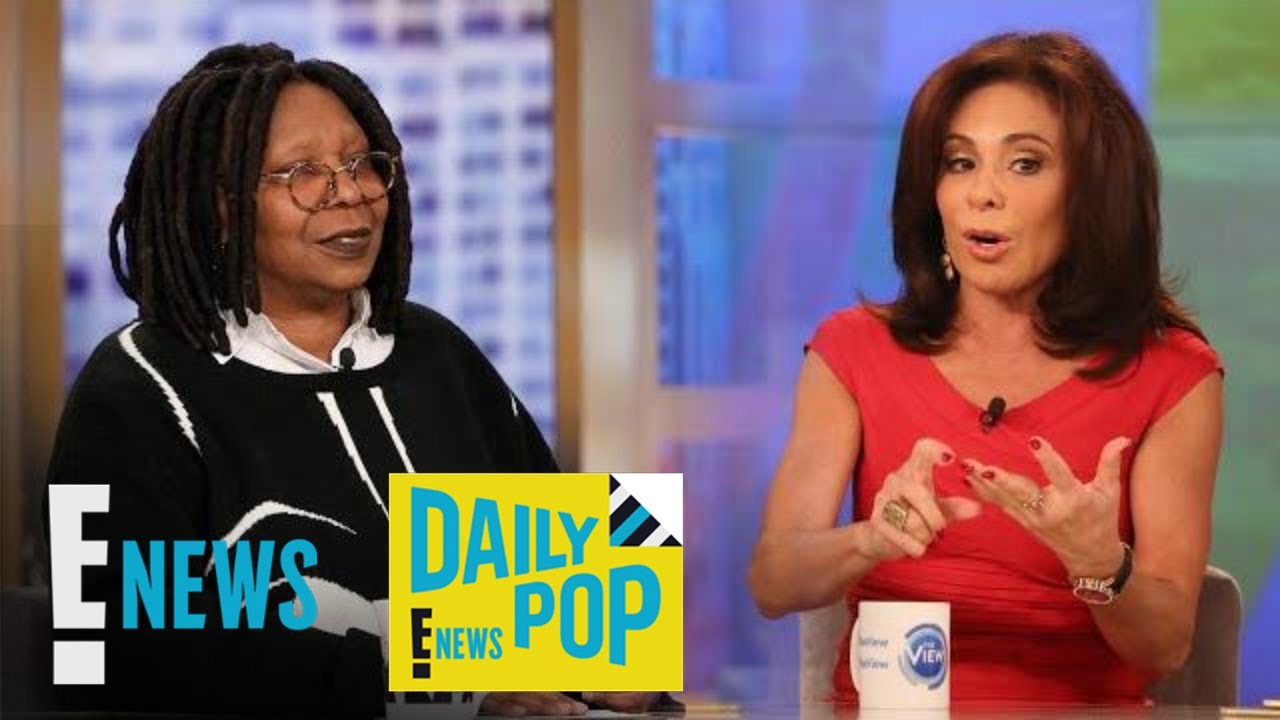 After Judge Jeanine Pirro suggested that Whoopi Goldberg had “Trump Derangement Syndrome”, Goldberg lets the Judge have a piece of her mind in an angry tirade.

Whoopi Goldberg, one of the hosts of ABC’s “The View,” said on “The View”: “Let me tell you what I have: I’m tired of people starting a conversation with ‘Mexicans are liars and rapists.'”

“What I suffer from is the inability to figure out how to fix this. That’s my issue,” Goldberg added.

Pirro referred to a statement from Goldberg about President Donald Trump, saying: “Your opening statement, how horrible it is that Donald Trump is talking about all of these people.”

Pirro added: “You know what’s horrible? When people who shouldn’t be here end up murdering the children of American citizens.”

The Judge and the show’s host argued after Goldberg suggested that Trump’s rhetoric was causing violence toward minorities.

Goldberg a frequent critic of the President said, “Say goodbye. Bye. I’m done,” as the show went to commercial. When the show returned from commercial, Goldberg addressed the audience saying she was “not proud” of her behavior in the segment.

“So, you saw me do something I very rarely do; I very rarely lose my cool,” Goldberg said. “And I’m not proud of it. I don’t like it. But I also don’t like being accused of being hysterical. That’s one of the things I try not to be on this show.”

Pirro later went on Sean Hannity’s radio show and shared the backstage details of her contentious interview on ABC’s “The View”.

Pirro said, “I’m still reeling from it, to be honest with you. I went on thinking we would have a discussion about the book. The truth is that it was an attack on Donald Trump and then on me. I sat there as Whoopi Goldberg pontificated about how horrible Donald Trump was and at one point I said you know I’m here to talk about the book and then she went ballistic. She ended the segment. She said that’s it. I’m done. What people didn’t see who from watching the show was she yanked away form the desk where we were all sitting, and she decided that she was going to end it. No one saw that, but it got worse.”

She continued, “When I went off the stage, Sean, I was walking downstairs, and I said something like ‘Whoopi I’ve fought for victims my whole life,’ and she came at me as I was leaving and she said ‘F you’ in my face, literally spitting at me. ‘F you, get the F out of this building!’ And I said to her ‘did you just say that?’ And she said ‘that’s what I just said, get the F out of this building.’ And she was screaming at me, and I’m walking out of the building like a dog who was just kicked off. So forget about what she did to me on set, which was horrific in itself, but the treatment by Whoopi Goldberg is typical of what is going on in this country.”

Goldberg later clarified that when the show ended, Pirro called “everybody at the table a name I cannot repeat in front of TV. And said it in front of the audience.”

Goldberg admitted that when she got offstage, she was a “little hot” and when Pirro pointed at her and yelled, “I have done more for victims then you every will”, which set Goldberg off.

“Then I said to her some few choice words I cannot repeat,” Goldberg said.