The Independent Singapore News
Home News SG Economy Who cannot say what on the Internet on Cooling Off Day? Chan...

Who cannot say what on the Internet on Cooling Off Day? Chan Chun Sing answers NCMP 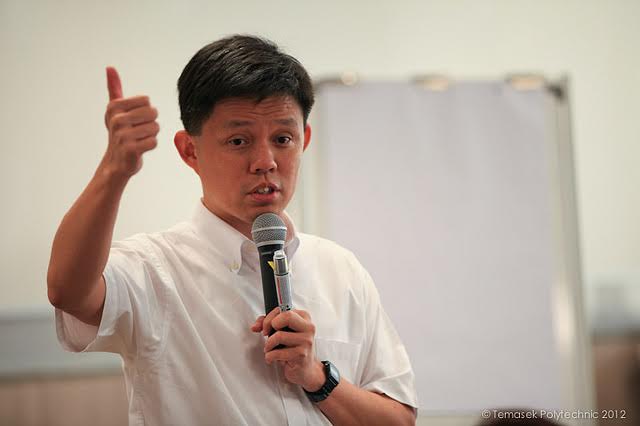 “To ask the Prime Minister with regard to the Elections Department’s filing of police reports against two individuals for alleged violations of Cooling-Off Day regulations for the Bukit Batok by-election (a) what constitutes “regular propagation, promotion and discussion of political issues” as stated in its press statement; and (b) at which point is such individual propagation no longer within the exception of “transmitting personal political views on a non-commercial basis using the Internet”.”

Writing in his Facebook Mr Goh explained why he filed the question and said:

“Quite frankly I am personally cool with Cooling Off Day. I understand the justification and it has helped create positive spaces for me. Before I entered the political fray, it was a day when I enjoyed drinks with my buddies talking about politics and life from late afternoon to deep into the night. The one Cooling Off Day I experienced as a political contestant was very calming for me, putting me into a reflective mode to keep my mind and heart clear for the results.

I have been okay with it too because I thought the law and rules to be fair and square, especially in allowing individuals to continue to express their personal political views on the internet, while the politicians on all sides stand down. But with the Bukit Batok BE, a line seems to have been drawn with the police reports against individuals who seem to have been placed in a special class of persons.

Who gets classified as “regular propagators” of political issues? Where exactly is that line that limits the exception of “personal political views”? In other words, who cannot say what on the Internet on Cooling Off Day? And what are the justifications?”

Because there was not enough time to provide an Oral Answer when parliament sat on 11 Jul to answer the NCMP, Mr Chan Chun Sing, a Minister in the Prime Minister’s Office provided a written answer for the question.

Mr Goh said in his Facebook that the following are the pertinent points in Mr Chan’s answer:

“(a) what constitutes “regular propagation, promotion and discussion of political issues” as stated in its press statement

“a. Intent. Posts clearly intending to promote or procure electoral success of a political party or candidate, or enhance their standing, are not allowed. … In addition, repeated publication of posts on Cooling-Off Day and Polling Day, or posts published after ELD had issued its reminder, will be treated more seriously.”

“b. Reach and impact. ELD will consider how many people are likely to have read particular posts. Posts by individuals or groups that regularly engage in the discussion of political issues will have further reach and greater impact than those by ordinary members of the public.”

“… if a person sends an email or SMS to a friend to share his personal political views about the election that will not be considered a breach. However, if he blogs or posts a message on his Facebook page that everyone can read, asking readers to vote for a particular party or candidate, that is clearly publication of election advertising.””Follow us on Social Media