While Singapore is repairing train tracks, China is removing them 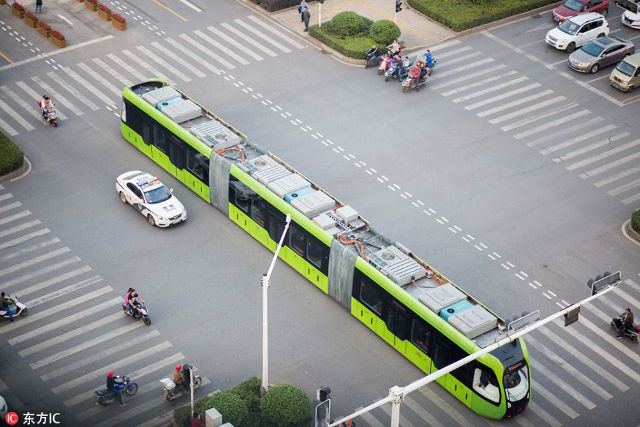 In Zhuzhou city of Hunan, China has just tested out an unmanned train that doesn’t run on rails.

The Autonomous Rail Rapid Transit (ART), dubbed by Chinese state media as “world’s first smart rapid rail bus”, was tested on 23 Oct. The train was first made public in June this year.

The sensors installed keep the train running on a virtual track, determining the dimensions of the road.

China’s CRRC (Chinese publicly traded rolling stock manufacturer) began developing the ART back in 2013 as yet another way to ease hellish congestion in China’s crowded urban space. It is believed to be a cheaper alternative to metros or trams, while also being more environmentally-friendly.

The city plans for the completion of a longer, 6.5-kilometer track through downtown next year.

The battery-powered ART is capable of holding up to 307 passengers and hitting speeds of up to 70 kilometers per hour.

The idea of having a train running on virtual rails, instead of actual rails, will probably set a future direction for train systems.

A video has been uploaded to feature it in action: