What it takes to launch rockets from Batam to S’pore 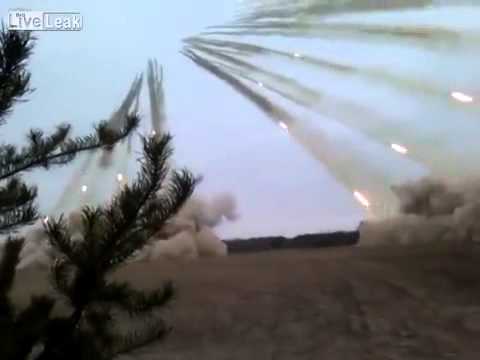 It was reported that Indonesian authorities had arrested six terror suspects for allegedly trying to launch rockets against Marina Bay Sands from Batam (https://theindependent.sg.sg/terrorist-plot-to-hit-marina-bay-with-rockets-foiled-by-indonesian-authorities).

But what does it take to undertake such an endeavor?

Batam is located about 20km off Singapore’s south coast (https://en.wikipedia.org/wiki/Batam). So, for a rocket to travel 20km from Batam to Singapore, it must have sufficient size to accommodate enough fuel as well as the war head.

The first question to ask is would any terrorists in Batam be able to build any homemade rockets capable of hitting Singapore?

In this regard, we can take a look at what the Hamas Palestinians did in their attempts to create a homemade rocket, the Qassam, to attack Israel. In 2002, they fired two of homemade rockets into southern Israel. Although their warheads exploded harmlessly in an open field, the political shock waves were felt throughout Israel.

But the range was limited to about 8km with a payload of 20 pounds of TNT. Still the Israeli government was worried as, fired from the West Bank, it’s capable of reaching a number of few Israeli towns.

According to Human Rights Watch, Qassam rockets are inaccurate and prone to malfunction. The rockets are propelled by a solid mixture of sugar and potassium nitrate, a widely available fertilizer. The warhead is filled with smuggled or scavenged TNT and urea nitrate, another common fertilizer. Construction of the rocket body is crude. The warhead consists of a simple metal shell surrounding the explosives, and is triggered by a fuse constructed using a simple firearm cartridge, a spring and a nail. It was estimated that the cost of the materials used for manufacturing each Qassam is up to USD800 per rocket (https://en.wikipedia.org/wiki/Qassam_rocket).

Such homemade rockets would be unlikely to reach the kind range capable of hitting Singapore. A military grade rocket would be needed and one possible candidate for the terrorists to use could be the Grad rockets.

The Grad rockets were developed by Russia in the early 60s. It was designed to fire multiple rockets from a launching system. Other countries which have copied it or developed similar variants include: Belarus, Ukraine, Georgia, China, Czech Republic, Poland, Egypt, Ethiopia, North Korea, Iran, Iraq, Pakistan, Romania, Serbia, South Africa, Thailand (https://en.wikipedia.org/wiki/BM-21_Grad).The rockets are widely used in many conflicts even as recent as the one in Ukraine. They can be seen regularly in TV news reports. Within 20 seconds, the Grad system can release all 40 of its 145-lb projectiles into the sky. Racing faster than the eye can track them, the 122 mm rockets travel more than 20km, raining destruction, debris and panic in the target area. The explosive effect equals that of 152 mm artillery system shells, while dispersing even more fragments (http://rbth.com/defence/2014/08/25/the_grad_system_a_hot_hail_of_cluster-fired_rockets_39283.html).

The Grad rocket has lateral jet nozzles to spin the projectile in flight so as to boost accuracy. It also has folding stabilizers. In total, more than 11,000 of the vehicle-based systems in all of its modifications were built since 1964. The Grad rockets have been issued to diverse fighting units, from marines to guerrilla forces.

In the mid-1960s, a lightweight Grad-P rocket system was even developed at the request of the Vietnamese for guerrilla warfare. This man-portable weapon comprised a knapsack carry system and could be deployed very easily as shown in the recent conflict in Ukraine:

The Grad rockets have played a decisive role in shaping the history of some countries. For example, in 1975, Angolan and Cuban forces rolled out Grad systems in the Congo to halt the advance of Zaire and South African army units on the Angolan capital, Luanda. The country was thus able to declare independence from Portugal as planned on November 11, 1975.

Today, the Grad rockets are in service in more than 50 countries around the world.

For example, the recent Ukraine conflict, which has lasted for more than two years, has made Ukraine a trove for black market arms trade, according to Reuters. Interviews by Reuters with security officials and rebels, as well as the study of law enforcement data and court documents, have shown that weapons are being channeled out of the conflict zone in eastern Ukraine in significant numbers, in some cases as part of an organized underground trade.

Then there is ISIS. The area controlled by ISIS expanded suddenly after it made a move into central Iraq from the east of Syria. Weapons that ISIS seized included Russian-made weapons which Iraq had as well as U.S. weapons given to the Iraqi army. Under normal circumstances, planes, helicopters, tanks and heavy guns that the Iraqi army could not take with them while pulling back should have been destroyed. But this may not be the case. Many weapons have been added to ISIS’ inventory, including US Stringer missiles, anti-aircraft guns, 155mm howitzers, 130 mm cannons and Grad rockets (http://www.dailysabah.com/mideast/2014/07/03/isiss-weapon-inventory-grows).

Grad rockets, which are about 3m in length each, do not deter smugglers. For example, few years ago, Egyptian security forces were able to seize a large stash of weapons, including rockets and automatic machine guns, smuggled into the country from neighboring Libya and allegedly bound for the Gaza Strip. The stash was uncovered in a car and truck on a highway. Among the munitions confiscated were 138 grad rockets and some 7,000 rounds of ammunition (http://www.dailysabah.com/mideast/2014/07/03/isiss-weapon-inventory-grows).

So in conclusion, for would-be terrorists to launch rockets from Batam to hit Singapore, they would more likely to use smuggled military grade rockets like the Grad or equivalent rockets. As such, the key is to work with our neighbouring countries to ensure that any smuggling networks are eradicated.