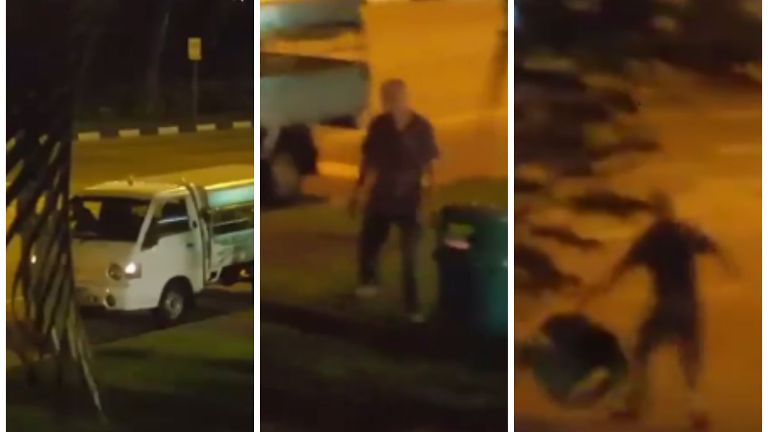 An elderly man has been caught on camera stopping his vehicle near a bus stop in Woodlands, getting out of his car to go and take the lid off a trash can before flinging the lid onto the middle of the road and driving away.

The incident happened on 24 June at 5.19am, near Woodlands Industrial Park.

Facebook user Eric Chan who posted the video and photos online said that this is the second time he has seen this old man do this and that the old man previously also did the same thing between 5.10am and 5.30am.

Netizens responding to the video pointed out that the elderly man is endangering the safety of other motorists and drivers through his actions and expressed concerns over his mental state.

Police commented to the Chinese daily that it has not received a police complaint on the matter.