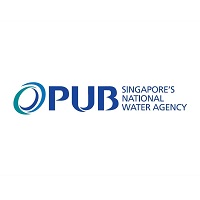 Price of water will go up

I refer to the articles “Price of water will go up to ensure sustainable supply” and “Water users worried but see need to curb wastage” (Straits Times, Feb 8).

However, since the figures exclude “variable taxes like GST, water conservation and maintenance taxes” – does it mean that the cost in Singapore after including the 30 per cent water conservation tax and seven per cent GST is about $24.04 ($17.55 x 137%)?

As to the former article’s “The cost of producing and supplying water has increased, because of reliable but more expensive methods such as desalination and the need to renew ageing infrastructure like old production plants and pipes.

Why no revenue and expenditure to justify the increase?

“In many countries where it is not priced properly, the water ministry is not able to recoup cost enough to build new assets to replace old assets, and sometimes, assets are just left in disrepair to the extent that even though they may have water, the water cannot get to where it is needed,” said Mr Masagos” – why are there no figures in the media reports?

What is the revenue from water and the operating and developing expenditure now and over the years?

With regard to “Experts have long called for the relatively inexpensive water prices to be raised in Singapore, as this would encourage people to reduce consumption.

… there should also be yearly increments according to the inflation rate, to encourage people to reduce consumption” – don’t you find it somewhat ironic that despite costing about 10 times more than Hong Kong – our per capita consumption, at 151 litres per day is only about 30 per cent less than Hong Kong’s 220 litres?

In other words, arguably, no matter how many more times we may make water more expensive – – there may be a limit as to how much lower consumption can be squeezed from users.

Budget on 20 Feb to help people or increase prices some more?

In respect of “Restaurant Association of Singapore president adviser Andrew Tjioe said he hopes the Government will factor in the present economic climate when deciding on the price increase. “We have other things to take care of like operation costs, which are very high,” he said” – don’t you think that it may be very bad timing to announce the increase now, as we are in a severe economic downturn?

Moreover, there have already been a slew of recent increases in parking, childcare fees, electricity, gas, etc.