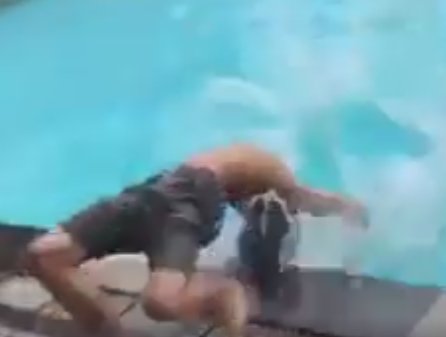 UPDATE:
The full video of an incident where a boy and his friend attempted a stunt by the pool shows that he did not die. The video posted by Richie Bustos showed the boy hitting his head on the side of the pool but after falling into the water, he gets up again, appearing to be fine.
Facebook user Clement Tan who had posted a cut version of the video and wrote that the boy “died on the spot” after his attempt at the wrestling move supposedly went wrong has removed his video post.

—
We cannot confirm for sure if the incident happened in Singapore, but Facebook user Clement Tan who shared the video said that the boy in the accident died on the spot. Clement said that he was sharing the video tell parents to warn their children not to try this.