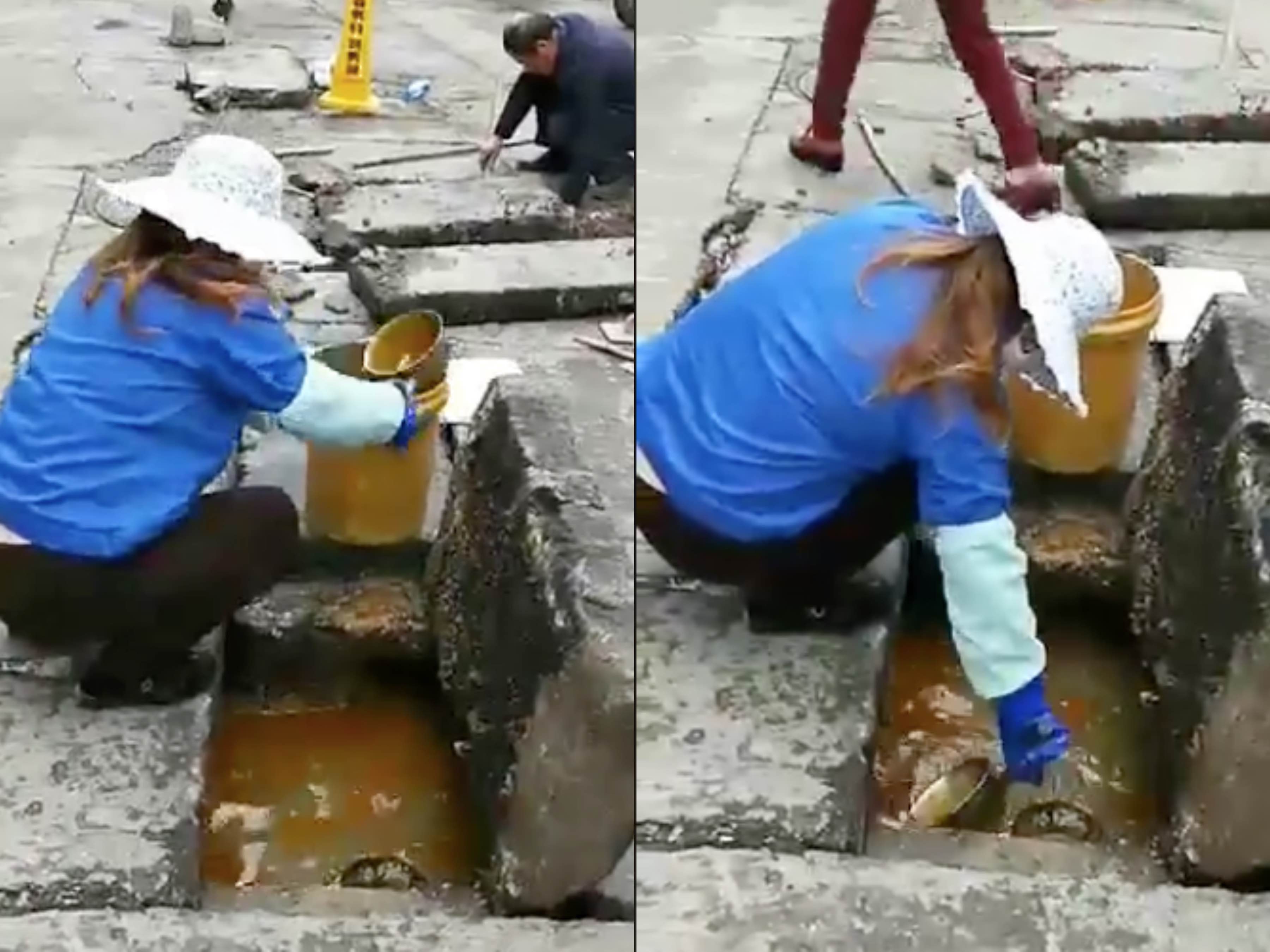 In a video uploaded by Shanghaiist on 31 October, a woman in a white hat was seen collecting gutter oil, allegedly for a food business in China.

Speaking in Mandarin, a woman, presumably the person taking the video, was heard questioning the “oil digger” in anger, and calling out for people to be aware of such a phenomenon.

Camera woman: Look over here, this lady is telling me that the gutter oil being collected is approved by the authority . I’ve no idea which authority that is. They even said they’ve gone through proper procedures to attain approval. I hope relevant authorities would conduct a check on them. For those who’ve viewed this video, please help to share around.

Oil digger: It’s useless even if you report to the police!

Camera woman: Look at their outrageous behaviour! Those who see the video, please help to spread the positive energy.

These days, you can't even gather gutter oil in peace.

Posted by Shanghaiist on Monday, 30 October 2017

In China, using gutter oil as illicit cooking oil used to be a widespread practice in food industry. The recycled and processed oil from stinky garbage is sold at below-market rates to food vendors, and is then made into renowned fried dumplings, egg rolls, fried wontons that attract long waiting lines.

Chinese authorities have battled to get rid of gutter oil in the country’s kitchens for years, cracking down on illegal oil production rings since 2011. However, many oil vendors still manage to get away with their shady deals, especially in rural regions.

While street food cooked by gutter oil is highly cancerous, many people, especially teens are still addicted to it, with some jokingly describing it as “tasty”.

Some netizen makes sarcastic remarks on the resemblance of such phenomenon to the country’s economic system.

To reiterate, this is illegal, something that Chinese authorities are always trying to stop. In fact, China has placed an emphasis on recycling gutter oil into jet and vehicle fuels, a sophisticated way to make biofuel from waste cooking oil and then use it in sustainable public transportation.

The fuel produced from waste can help reduce greenhouse gas emissions by as much as 90 per cent while also dramatically cutting the particle pollution, sulfur dioxide and other pollutants in exhausts. And biofuels are a lot more cost-saving.

And of course, this safe way of disposing waste oil would automatically reduce gutter oil production for cooking.