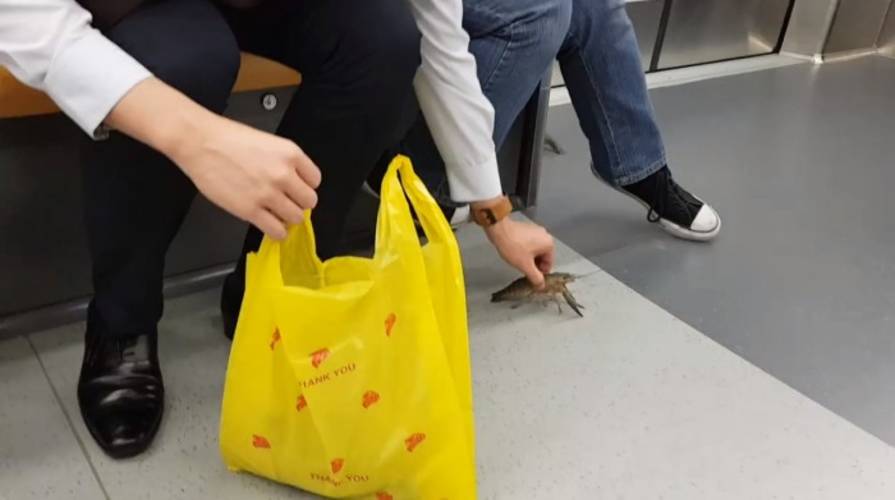 A video of an MRT commuter’s live crayfishes trying to make an escape on the train has gone viral since it was posted online last week.

In the video, a well-dressed man in business attire can be seen holding a plastic bag containing the live crayfishes. The crayfishes hop out of the plastic bag and the man can be seen scrambling to recoup them as fellow commuters in the MRT compartment burst into laughter at the hilarious scene.

The man can be seen going back to his seat once all the crayfishes are accounted for, while other commuters continue giggling. One commuter can even be heard saying, “no worries, they are fresh” in reference to the live creatures:

Prawn escape from plastic bag in the MRT

Prawn escape from plastic bag in the MRT. LOLLike us at Thelocalsociety

Posted by Thelocalsociety on Monday, 30 October 2017

The video was first posted online by Facebook user Natasha Genevieve Lee. Lee has deleted the video since, even though it garnered thousands of likes and hundreds of shares on social media.Follow us on Social Media