It shows the seconds before and after the crash, which is heard as a loud bang 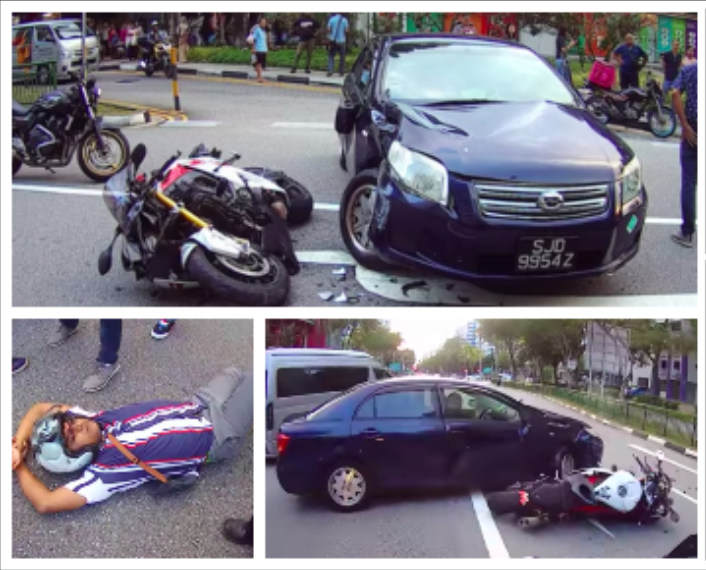 Singapore — A video has gone viral of a motorcyclist getting into an accident with a car on Tuesday (March 10).

The video has been seen almost 12,000 times after being posted on YouTube. It shows the motorcyclist hurriedly turning into Rivervale Lane, moving through people still using the pedestrian crossing.

The video, from a camera mounted on the helmet of another motorcyclist, shows clearly the seconds before and after the crash, which is heard as a loud bang as the second motorcyclist arrives on the accident scene.

The motorcycle had collided with a blue Toyota Corolla Axio that appeared to be making a U-turn. The collision dented the sedan’s right door and the right side of its bonnet.

Its rider, who was seen hobbling behind the car, then lay down on the road. He was seen clutching his chest.

According to the car driver, an elderly man, the motorcyclist was travelling at a high speed and he did not see the motorcycle approaching.

The Singapore Civil Defence Force confirmed that it was alerted to a traffic accident along Rivervale Drive at about 5.45 pm on March 10. The motorcyclist was taken to hospital.