Police arrest six men between 18 and 48 years of age 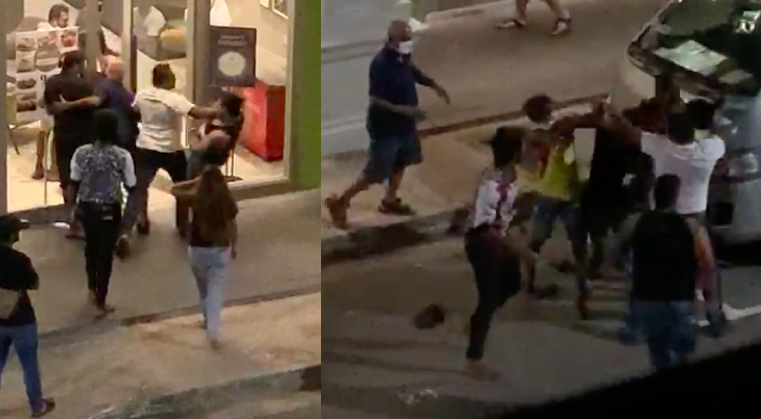 A video of a group of men fighting in Little India has gone viral on WhatsApp Messenger and Facebook.

The fight broke out along Upper Weld Road on Saturday night (May 2). It is not clear what the trouble was about.

In the three-minute long clip, some people can be seen standing along the road.

The trouble begins with a bit of shoving and an exchange of words but escalates quickly.

A couple of men in the group and at least two women are seen trying to calm things down and pull people apart but without much success.

A resident in the area calls the police and films the fighting. The men can be seen going after one another, throwing punches and spewing verbal abuse in Tamil.

According to a Stomp report, a police spokesman said five men, aged between 18 and 48, were arrested for affray.

“A 21-year-old man was arrested for affray and using criminal force to deter a public servant from discharge of his duty,” the spokesman added.

The Stomp report said police officers had handcuffed a man and tried to get him into the police car. However, the man said he had a leg fracture, could not sit in the car and asked for his handcuffs to be removed. When the cuffs were removed, the man shouted and spat at them. He was then pushed back into the car. /TISGFollow us on Social Media