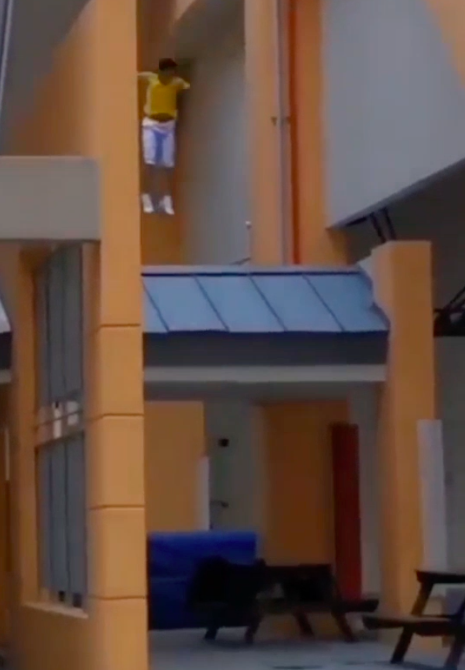 The two clips, which were from TikTok, showed the boys climbing off a fourth storey ledge and jumping from the third storey of a school building onto a mat.

The first clip was 14 seconds long and showed a boy clad in the school’s Physical Education (PE) T-shirt and brown shorts. The boy had climbed off the fourth floor and was scaling the building.

The person filming the video was possibly standing on an opposite ledge. Had the boy fallen, he would have fallen onto the road. The short clip did not show how far the boy climbed.

In the second clip, which was six seconds long, a boy was seen jumping off a third storey ledge onto a mat usually used for performing high jumps. Another boy was seen looking on.

While it is unclear if the boys in the two clips are the same, they both were performing dangerous stunts.

TISG has reached out to the school for comment. /TISGFollow us on Social Media